what the Blount is going on? 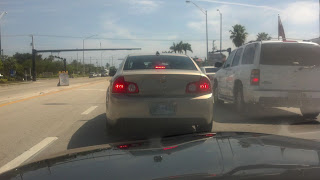 At some point, I want to say before I even moved down here, I was driving around and saw my first license plate from Blount county Tennessee.  I wouldn't have really noticed had it not been for how unfortunate that name is.  Blount.  It sounds like something you'd get removed by the doctor.

Because of my dislike of the name I, of course, would notice anytime I saw a license plate from Blount.  And it happened frequently.  A little too frequently.

Then one day I was driving with Jon and we spotted a Blount license plate.  I told him about how it irritated me and how I couldn't figure out why every single car with a Tennessee plate could possibly be from the same county.  I was beginning to think that maybe Blount was the Tennessee state motto, or an anagram for it, or something.  Jon did a google search on his phone and pulled up this blog post.

I was both relieved and further confused.  At least somebody else had noticed the omnipresence of Blount license plates.  There are even some hilarious comments from others who have also become aware of the rising Blount epidemic in South Florida.

So I decided to document this phenomenon.  I hope this gives you some idea of what it's like down here.  Ok, so that picture at the top I took on March 30th of this year.  I think my intention was to do a post about it but I never ended up doing it right away.  In the meantime I started taking pictures every time I would see a Blount license plate. 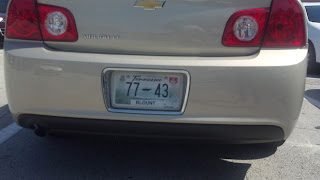 (I have blurred out the first and last character on all of them but rest assure, they are all different.  I never got the same car twice. 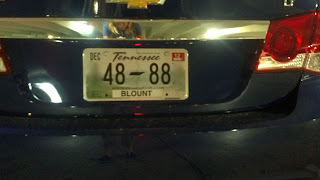 What I also noticed, which I think somebody else points out as well, is that all the cars are American made, and seem like they could be rentals. 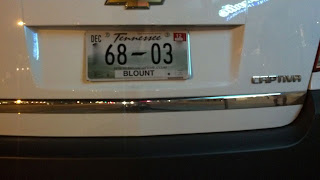 The problem with this little project is that it quickly snowballed out of control. 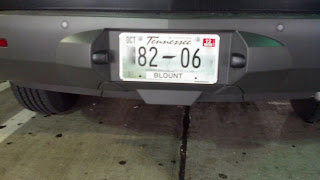 I had to set rules for myself.  I only took a picture if I could do it safely, ideally if the cars were parked. 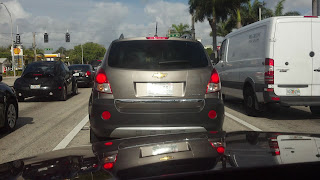 I did my best in traffic but I really didn't want to get in an accident and have to explain what I was doing instead of paying attention to driving. 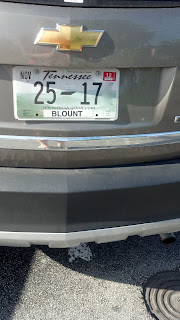 That being said, I would guess that the pictures I have here represent about 50% of the total number of Blount license plates that I have seen. 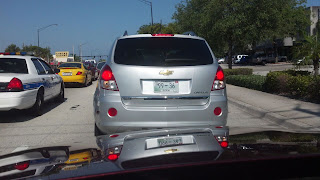 And remember, this is only going back to March 30th. 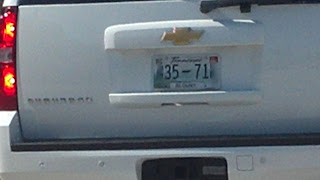 For once I wasn't exaggerating. 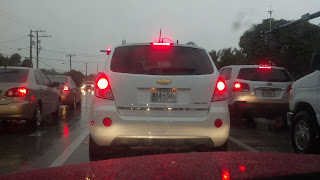 Oh look, we must be in May by now, that's the hood of the benz. 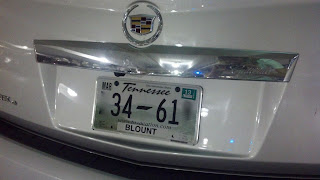 Ooh a cadillac, do we think it's a rental? 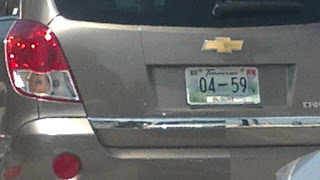 I'm running out of things to say.  It's just overwhelming. 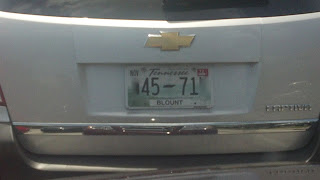 WHAT IS GOING ON?! 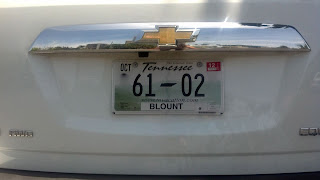 Ok, that's the end of the pictures I've taken, I'll throw in one more for good measure that was sent to me by Carlos: 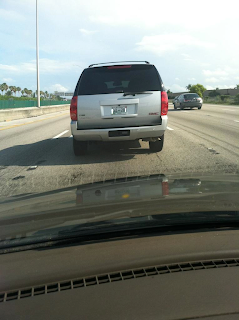 Which he said he almost ran off the road trying to get.  So I hope you're happy Blount Tennessee, now you've got my friends involved in all of this.

Oh, also, to help put things in perspective I decided that I would take a picture of every Tennessee license plate I saw, Blount or not.  I didn't want to make it seem like you never see a non-Blount plate.  So here: 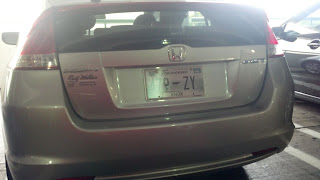 That's it, one car from Knox Tennessee.  I want to say that I saw one other one once in traffic that I couldn't get a picture of without smashing things, but that's it.

So there you go, frankly I'm glad to have this burden off my chest.  I intend to keep photographing the Blount plates as I have, but now that you know the deal I don't have to do a post like this again.  Hopefully.

But with Blount you never know, I could see 15 more cars on my way to work today.

I'M NOT KIDDING.
Posted by Detective Oliver Benson at 10:06 AM