I would be happy with chills 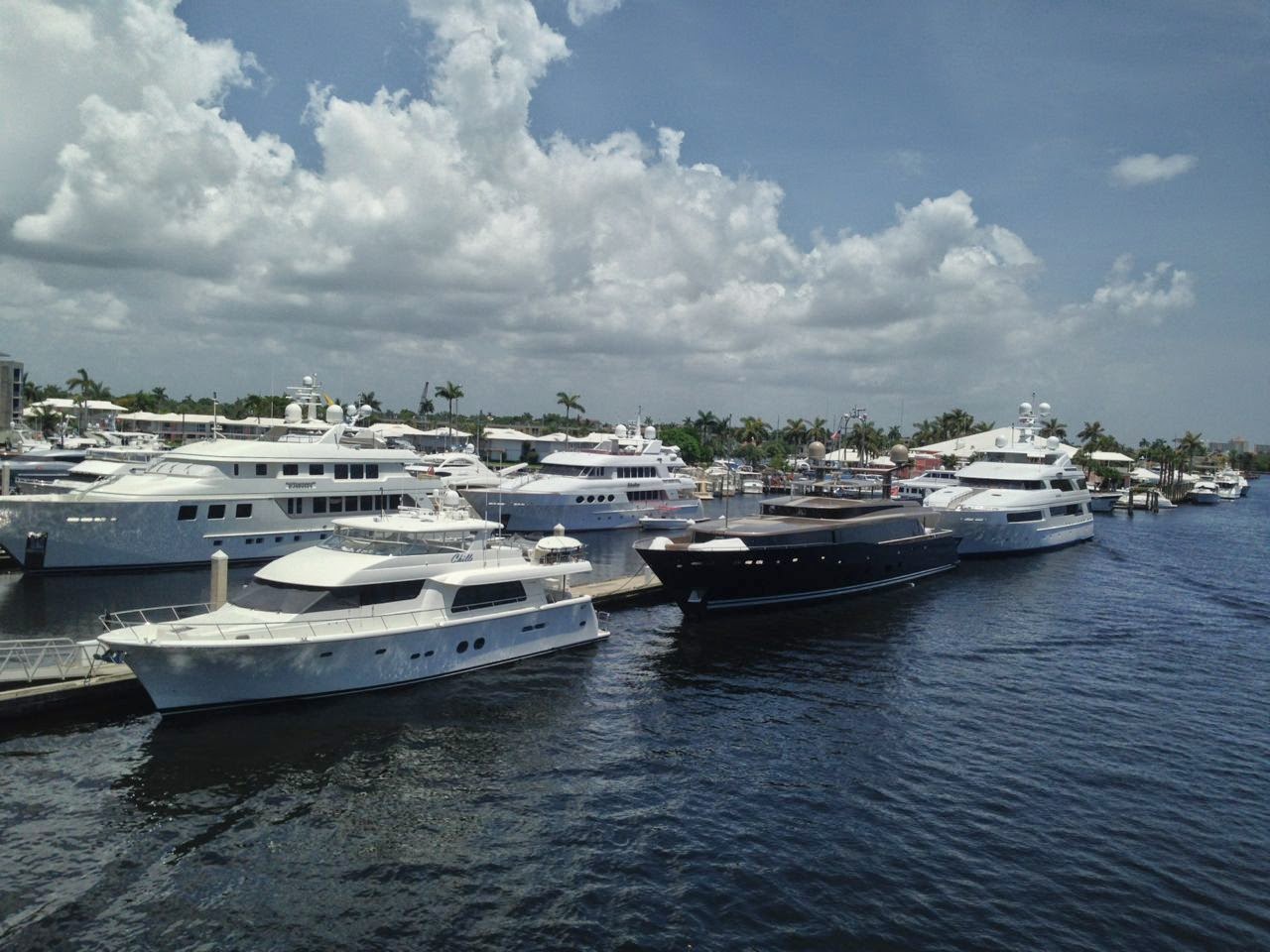 I pass this little marina every time I go for a run but I usually don't even pay attention to it.  I'm usually preoccupied trying to spy iguanas on the foundation of the drawbridge.

I guess it was the black one that caught my eye the other day.  Whenever I see a boat that's not white I immediately think it must be Stephen Spielberg.  Upon reviewing that post of Stephen Spielberg's actual boat I realize it's actually pretty distinctive.

I don't need to be Stephen Spielberg, just tell me what I have to do to be able to afford Chills and I will do it.
Posted by Detective Oliver Benson at 7:46 PM No comments: 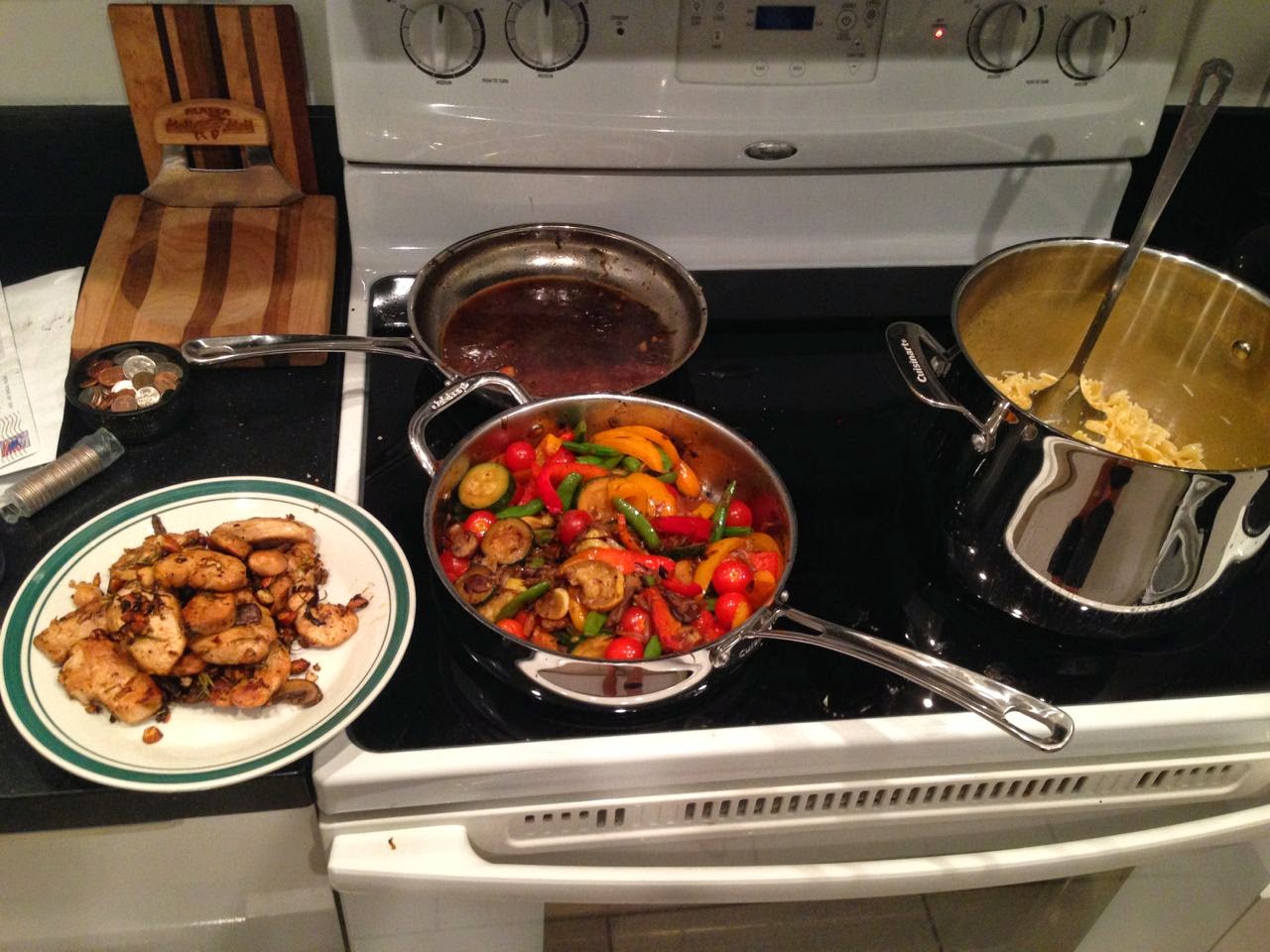 There was a big home sale at work last week so I finally got a proper set of pots and pans.  To celebrate I made my classic chicken with vegetables and pasta, just super fancy.

The core of my recipe started a long time ago in my college days and was pretty simple back then.  I've experimented with different ingredients and prep methods ever since and have it down to a pretty good routine.  This time though I pulled out all the stops.  I'm talking, deglazing the pan and making sauce kind of fancy.

The best part of waiting until tonight to write this post is that it just got me super excited for leftovers.  I'm reluctantly using the microwave to reheat my dinner, I kind of want to break out the new cookware.  Maybe I'll try a new recipe for my next meal.

haha I love this

via Reddit
Posted by Detective Oliver Benson at 9:37 PM No comments:

I made a friend at work today 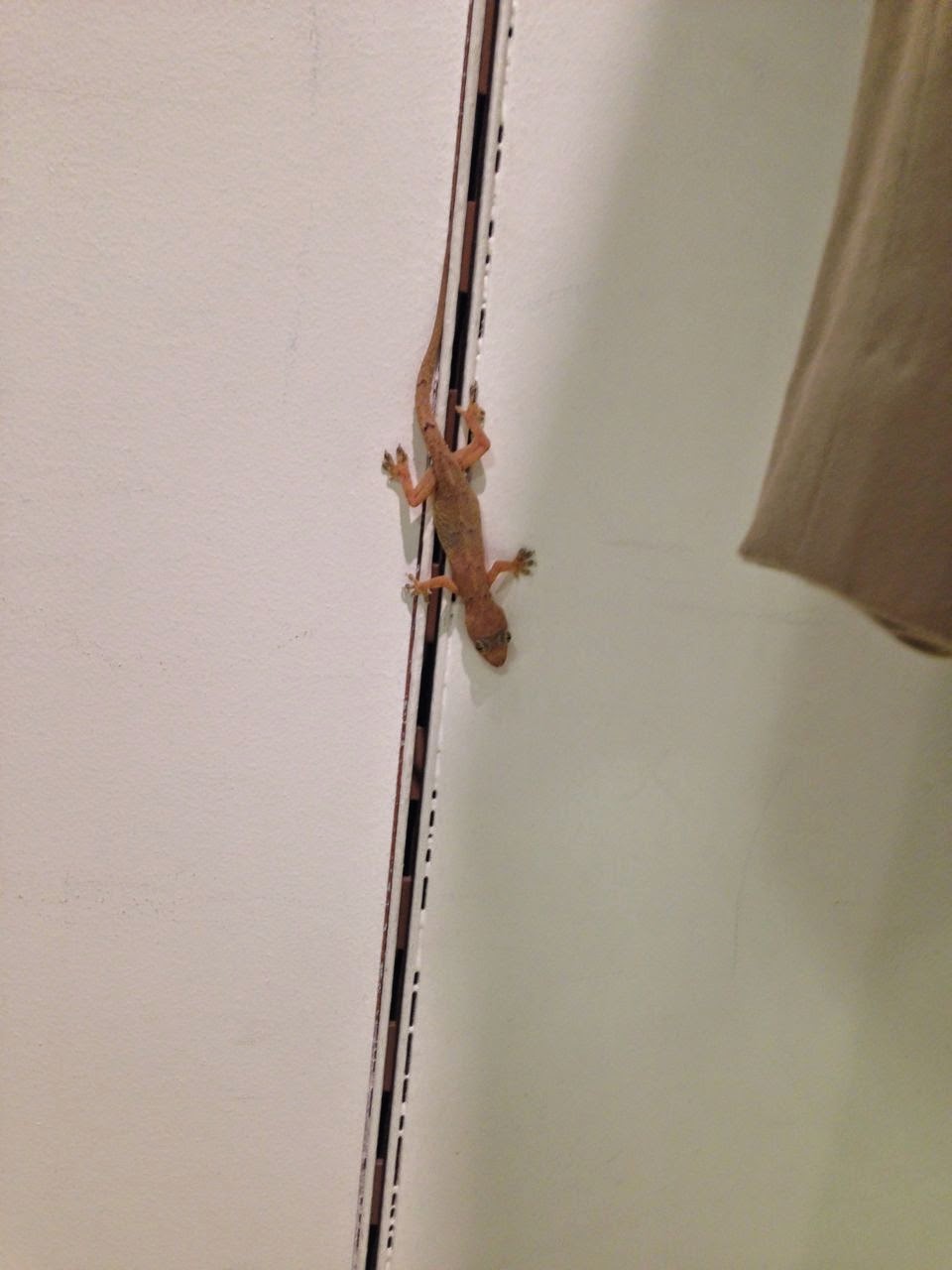 He was just chilling in the section next to ours, hiding behind some dresses.  He's pretty far from any semblance of outdoors, I hope he finds enough to eat in the store.  Also gross that he probably does.

There is a desk downstairs for international guests and when I went the other day they were set up at a little card table across the way.  I asked why and she said, "Oh, our entire desk was infested with spiders".  She seemed more annoyed to have to be displaced than she did about working in a spider infested lair.  It makes me think of Laura and how her car was always full of spiders.

Ahahaha.  I love Florida.
Posted by Detective Oliver Benson at 8:38 PM No comments:

what time is it you ask? 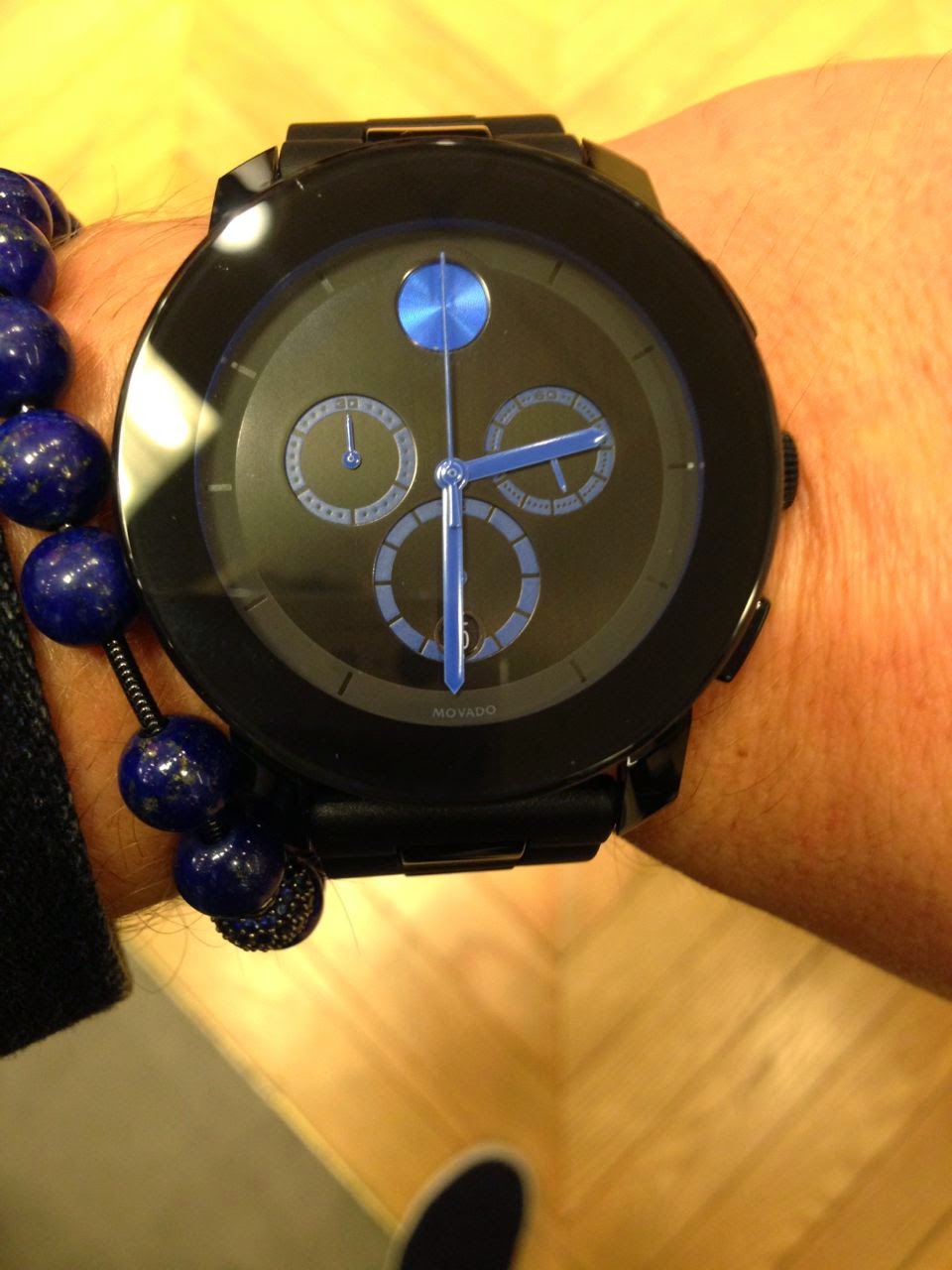 Why it's the dentist's favorite time, of course.

I may have gone a little overboard with the retail therapy.  I am afraid that I am not going to be signing any leases on any mini coopers this month, so I decided to drown my new car savings in to the employee appreciation sale.  I got so many goodies, but none more beautiful than my new watch.

So many dials and buttons.  and it goes with my bracelet so well.  And lesson learned from the last time, I will treat this one with extra care.  At least their amazing customer service worked, I ended up spending more on the replacement than I had on the original.

Let's not talk about how much more, but I will say that all I need is one more piece of bling on my wrist and I will have more on my left hand than the ranger is worth.

Priorities.
Posted by Detective Oliver Benson at 9:26 PM No comments:

a nice day off 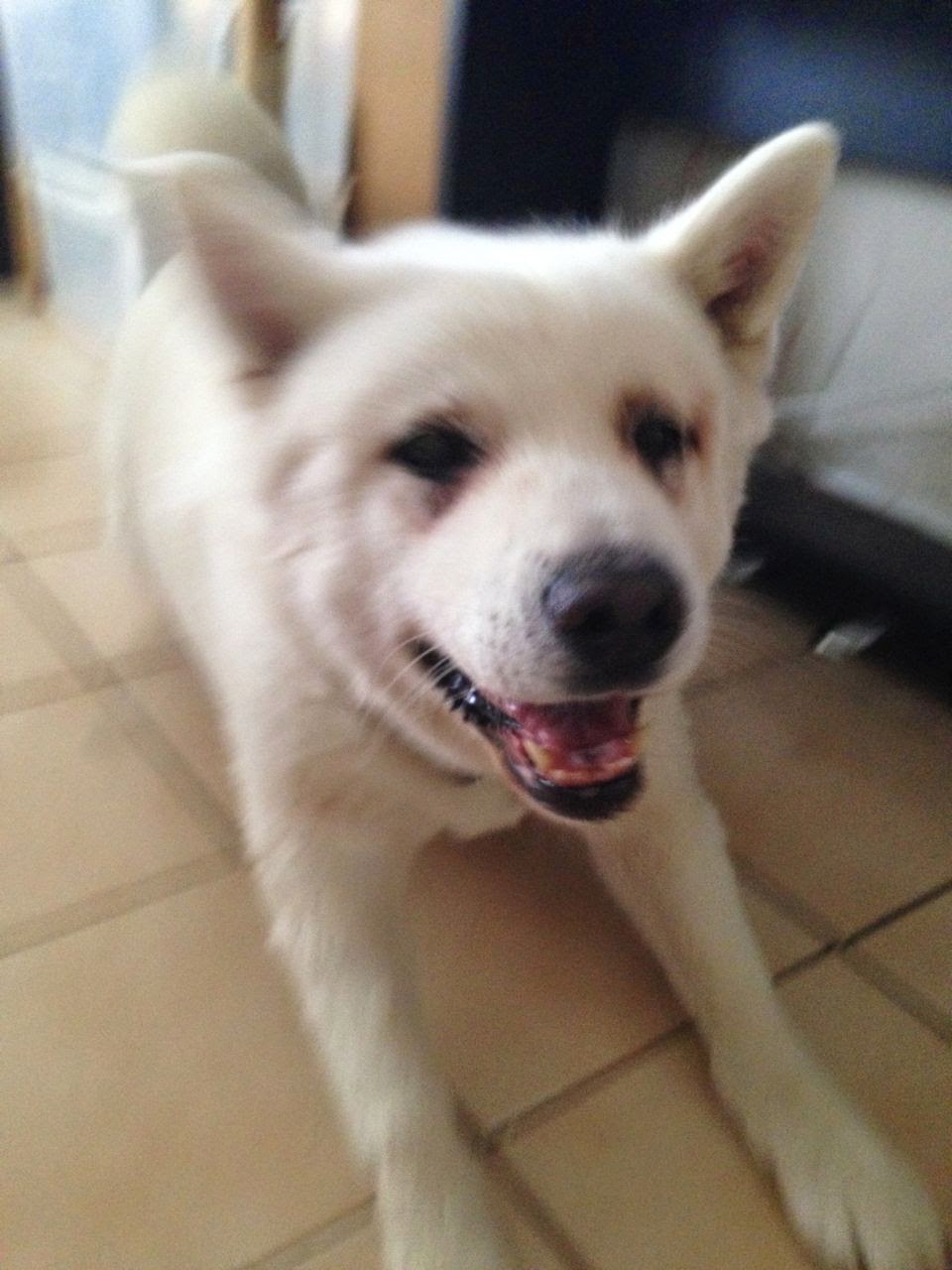 I only get one day off this week so I wanted to make sure I made the most of it by seeing this nice lady.  I love her.

I also got to spend some time with Clive: 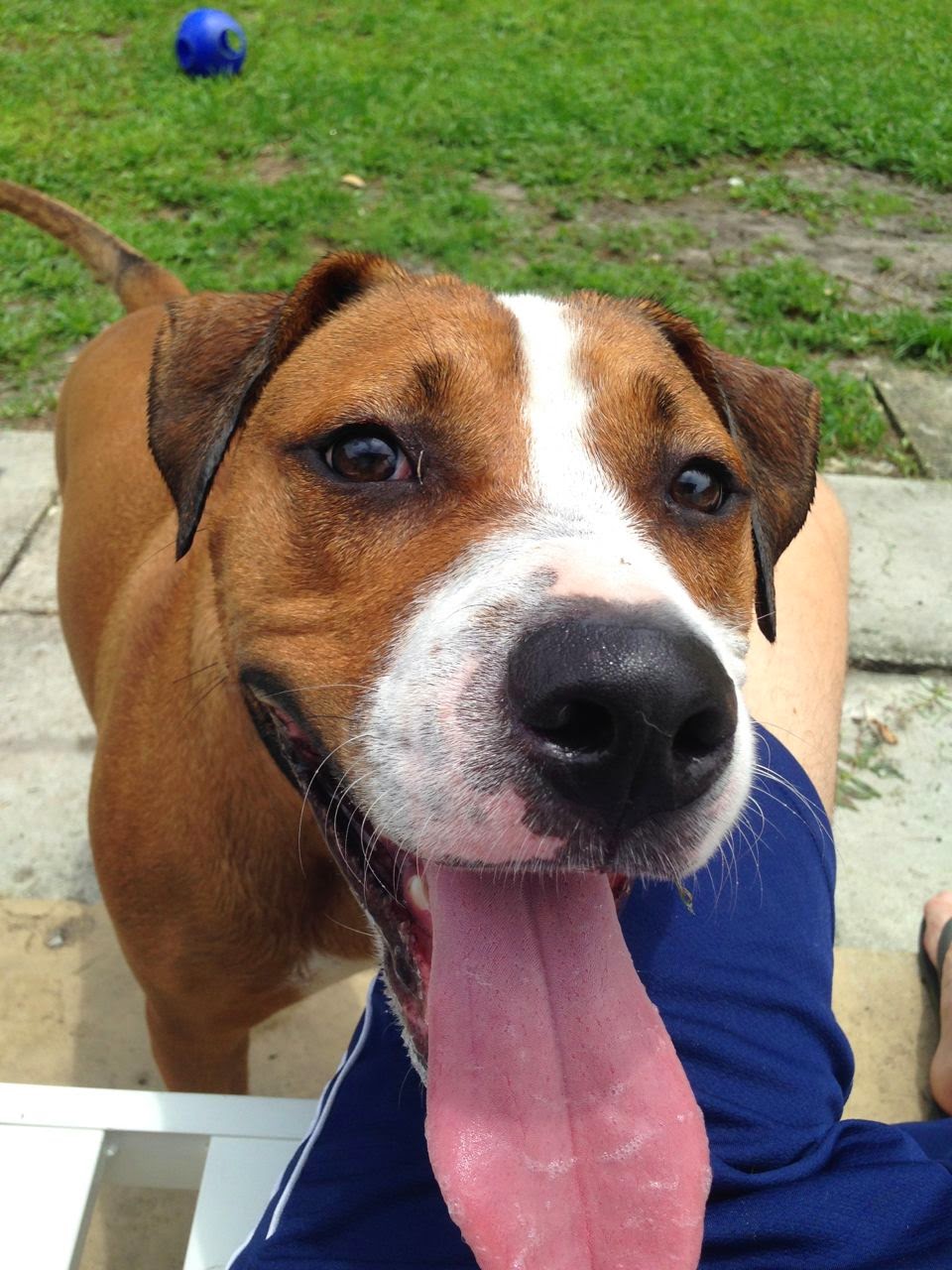 He's so happy.  I threw a stick for him and he ran to get it and then just ran around the yard in circles with it.  When I went to rinse off my feet he kept trying to attack the water from the hose so I ended up having to just spray him in the face for a while.

I enjoyed my time with Gypsy, even with her stupid ball: 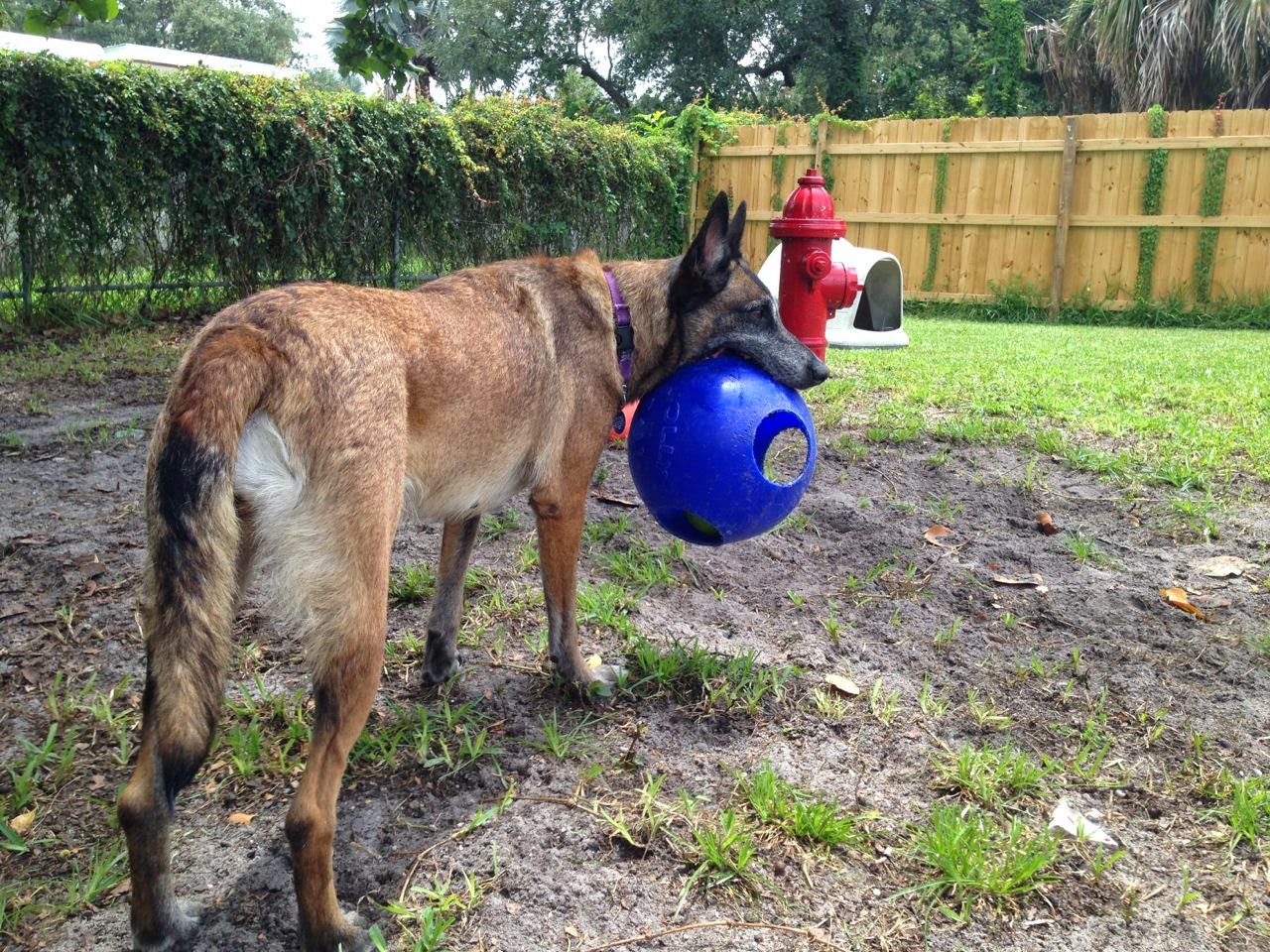 She would be just standing there not doing anything and then as soon as she would see me she would make a bee-line for that ball and then run right over to me to body slam me with it.  She wants to play tug of war but it's not fun to play against a creature with a 195 lb bite strength, especially when you are trying to hold on to a plastic ball with jagged edges. 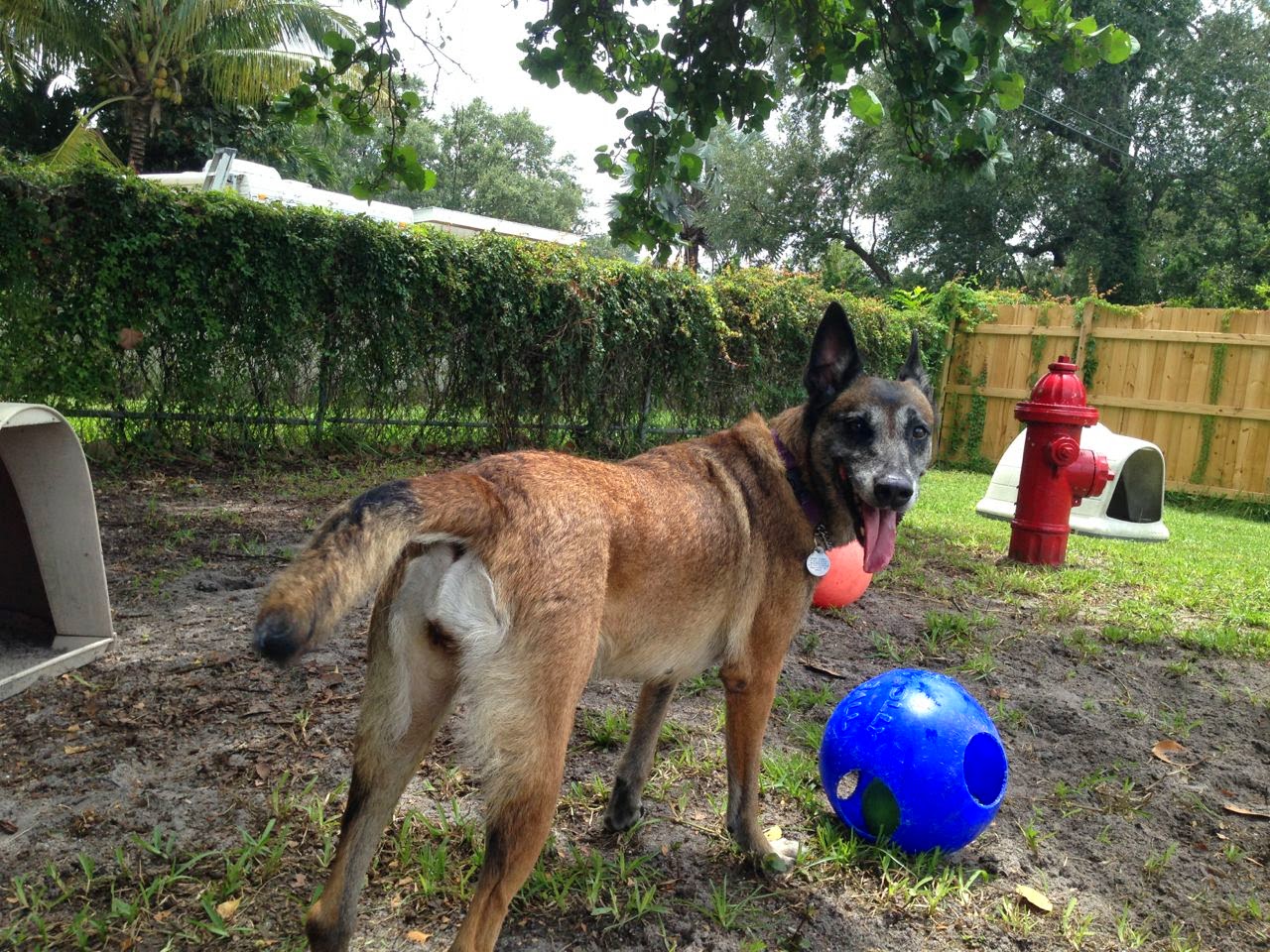 Still, I'd rather be in the backyard all week than back at work.  : /
Posted by Detective Oliver Benson at 6:48 PM No comments: 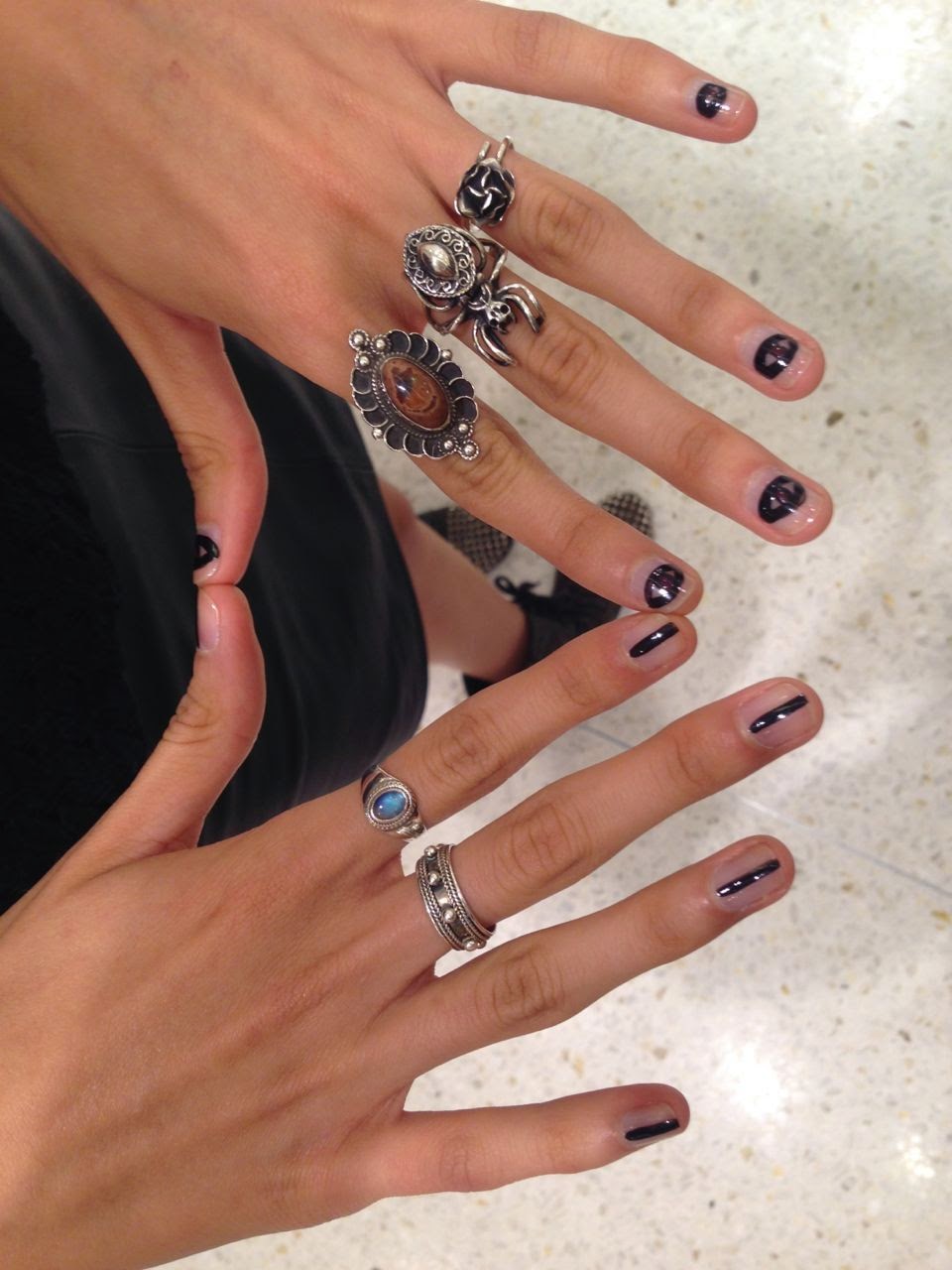 She said, "It's my ode to the illuminati". 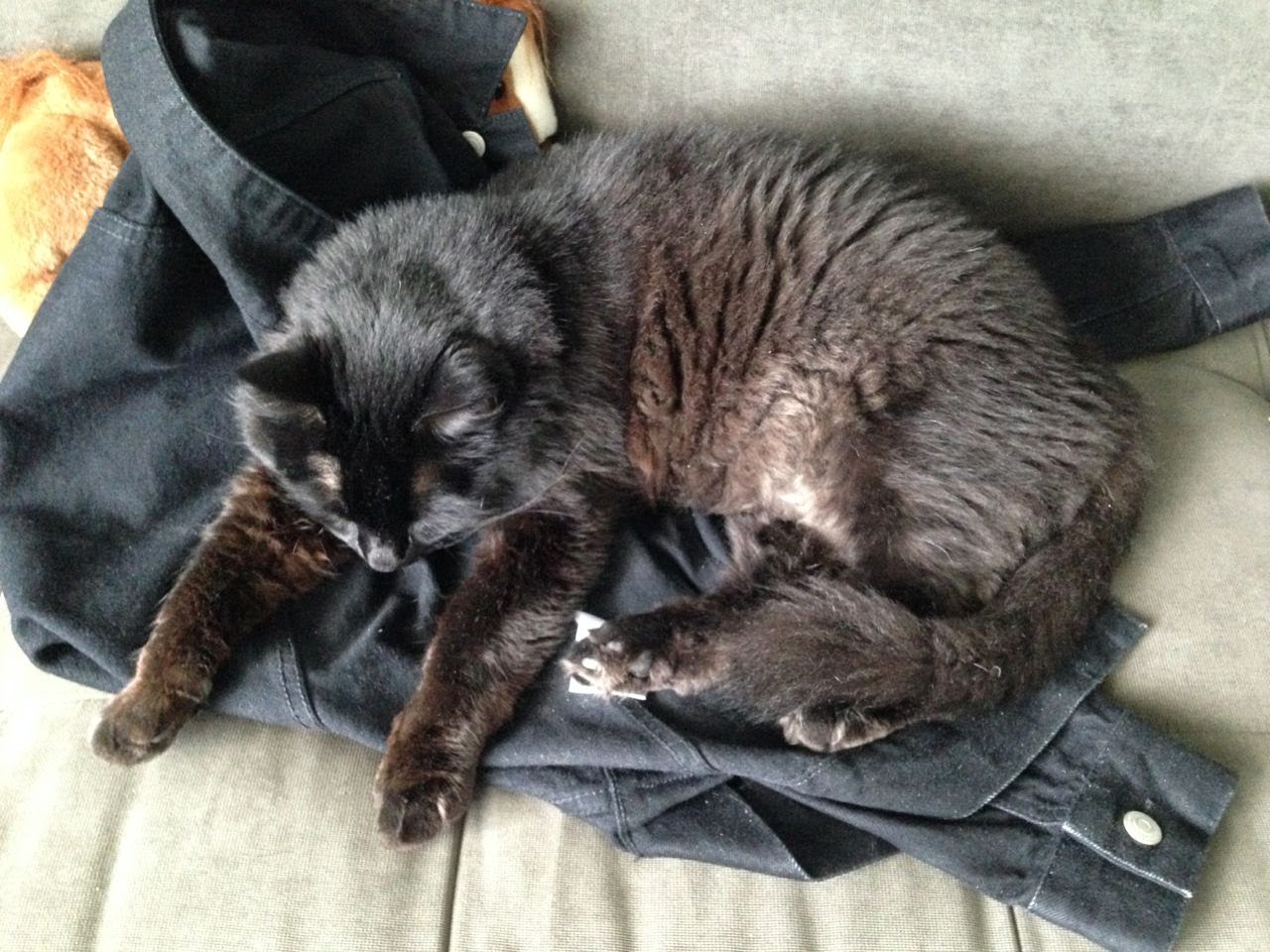 Ever since his trip to the groomers the detective has been focusing on doing his part by getting as much beauty sleep as possible.

Obviously it's very important that this happens on top of my selvedge denim jacket. 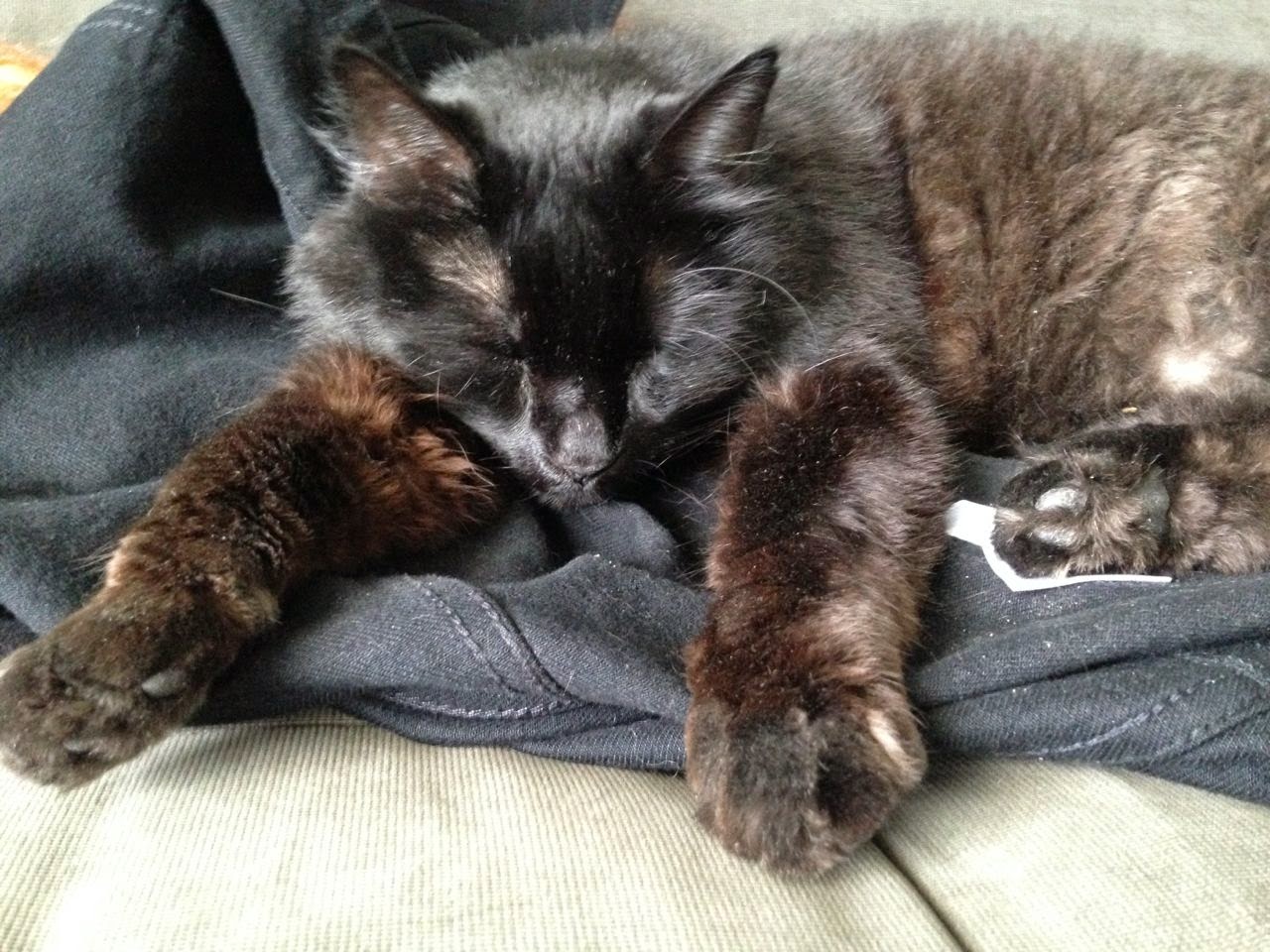 or in the midst of all of my folded laundry... 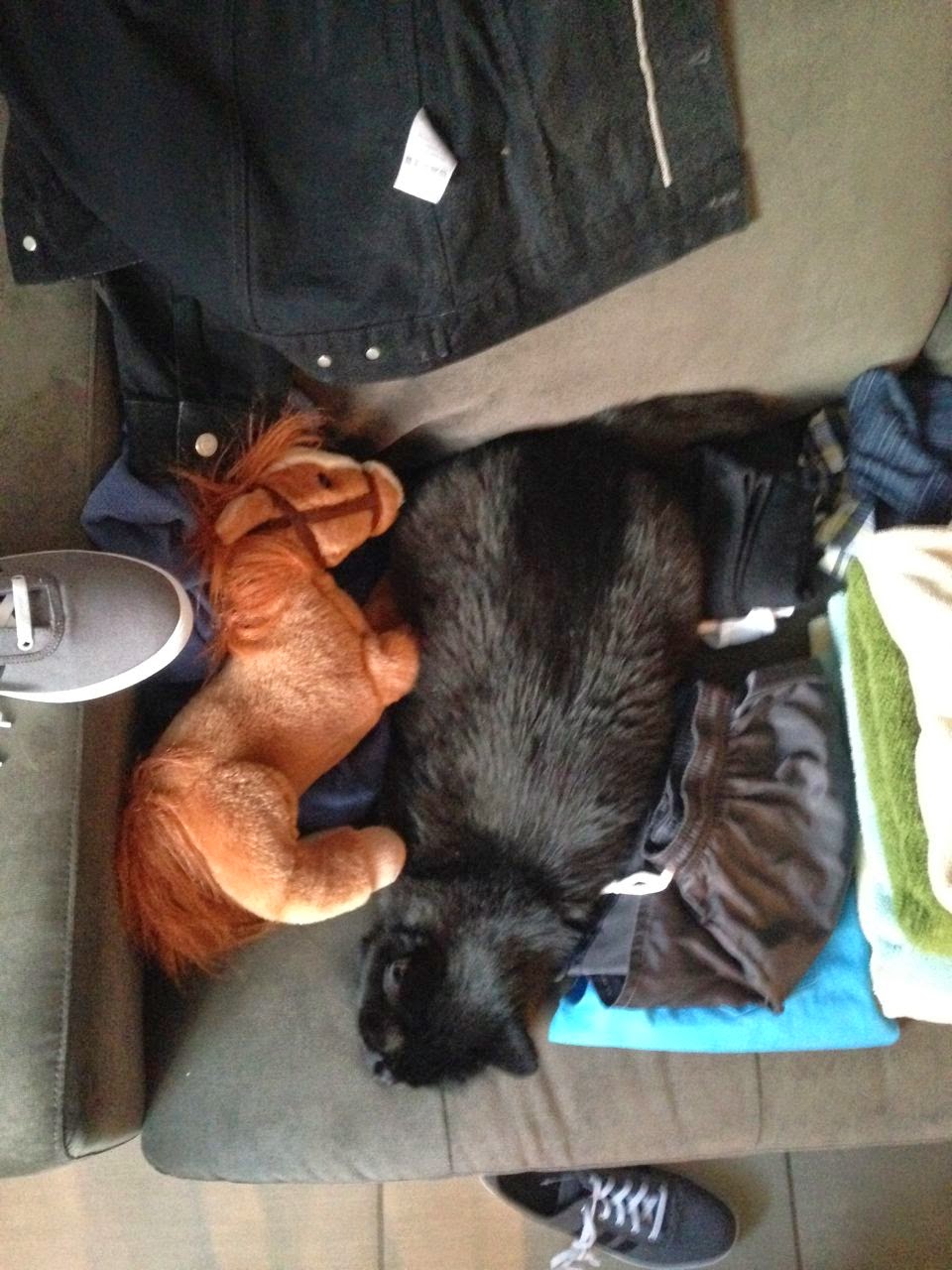 But he's just so adorable, I can't be upset. He's like, "why must you harass me when you know I'm just trying to get some much needed rest?"
Posted by Detective Oliver Benson at 4:53 AM No comments:

he loves his haircut 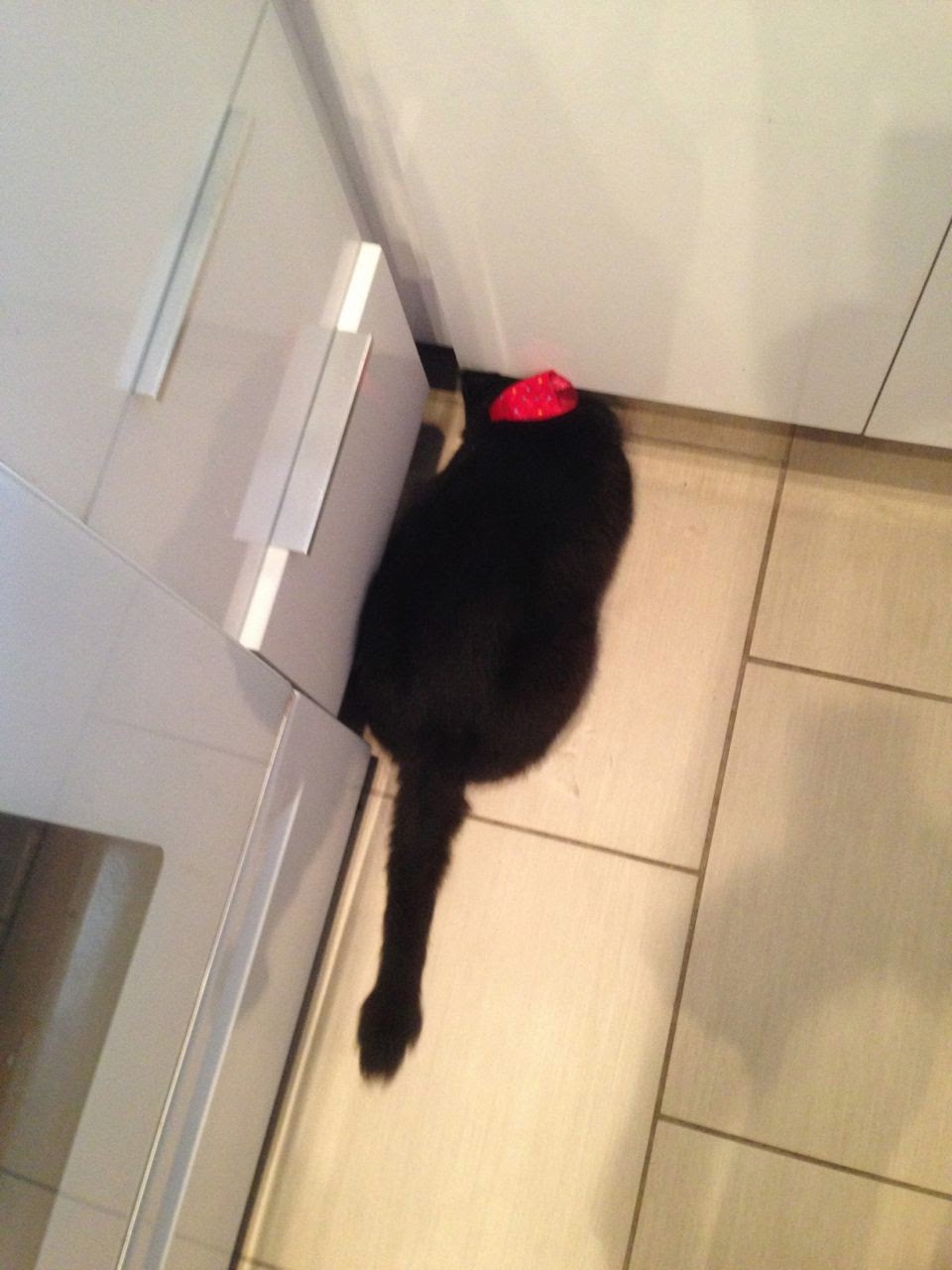 On our way home from the groomers it started lightning and thundering so it was pretty much the worst day of his entire life.

Initially he went to this corner of the kitchen to "hide" like this.  After a few minutes he got in to a much better hiding position. 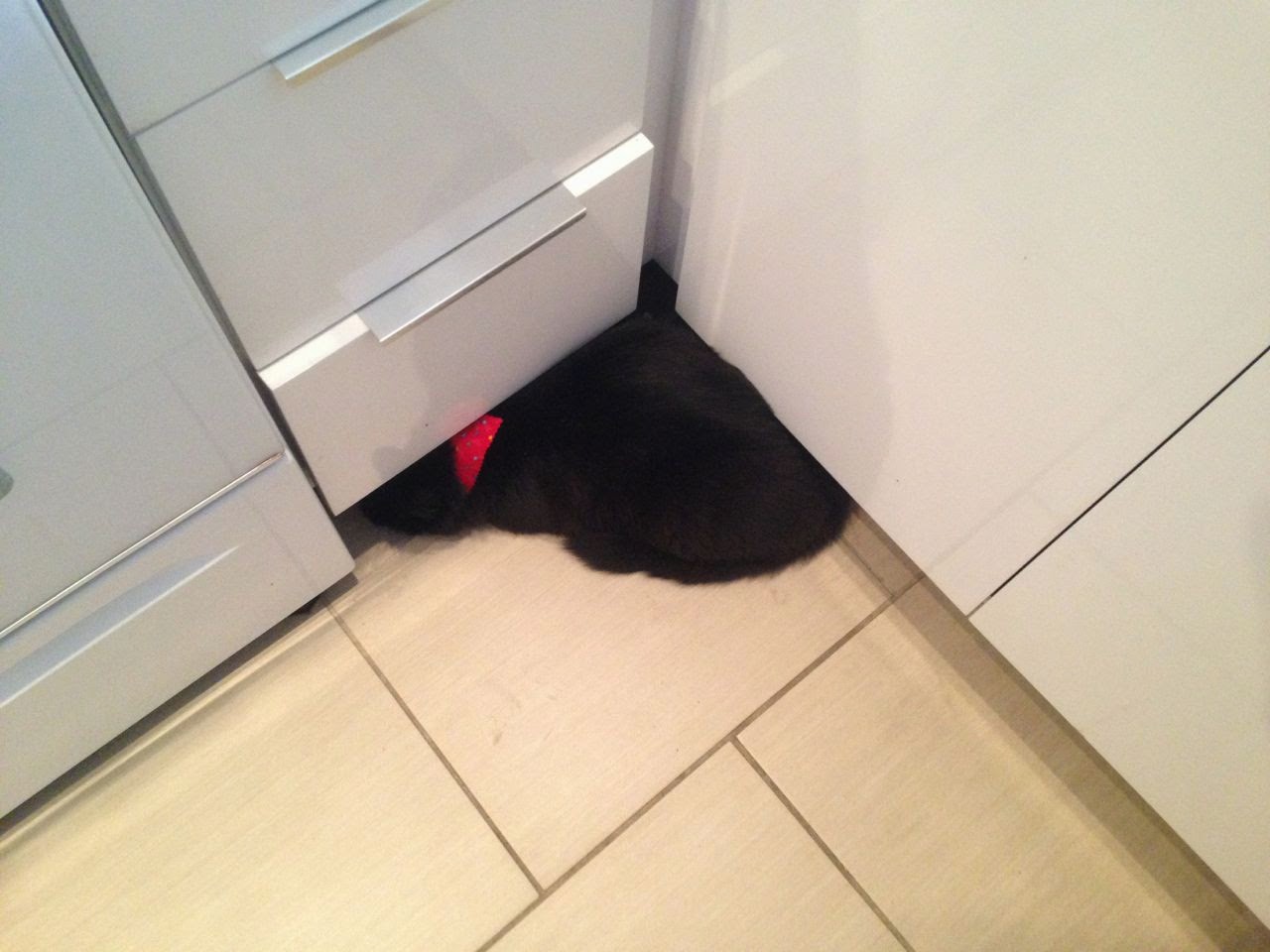 When I showed that picture to somebody they were like, "omg I hope you put the camera down after you took that and helped him".  Helped him do what?!  There's nothing I can do to help him, he has plenty of places to hide if he actually wants to hide.  I can't do anything about him choosing to cram himself in to the tiny space under the cabinet doors. 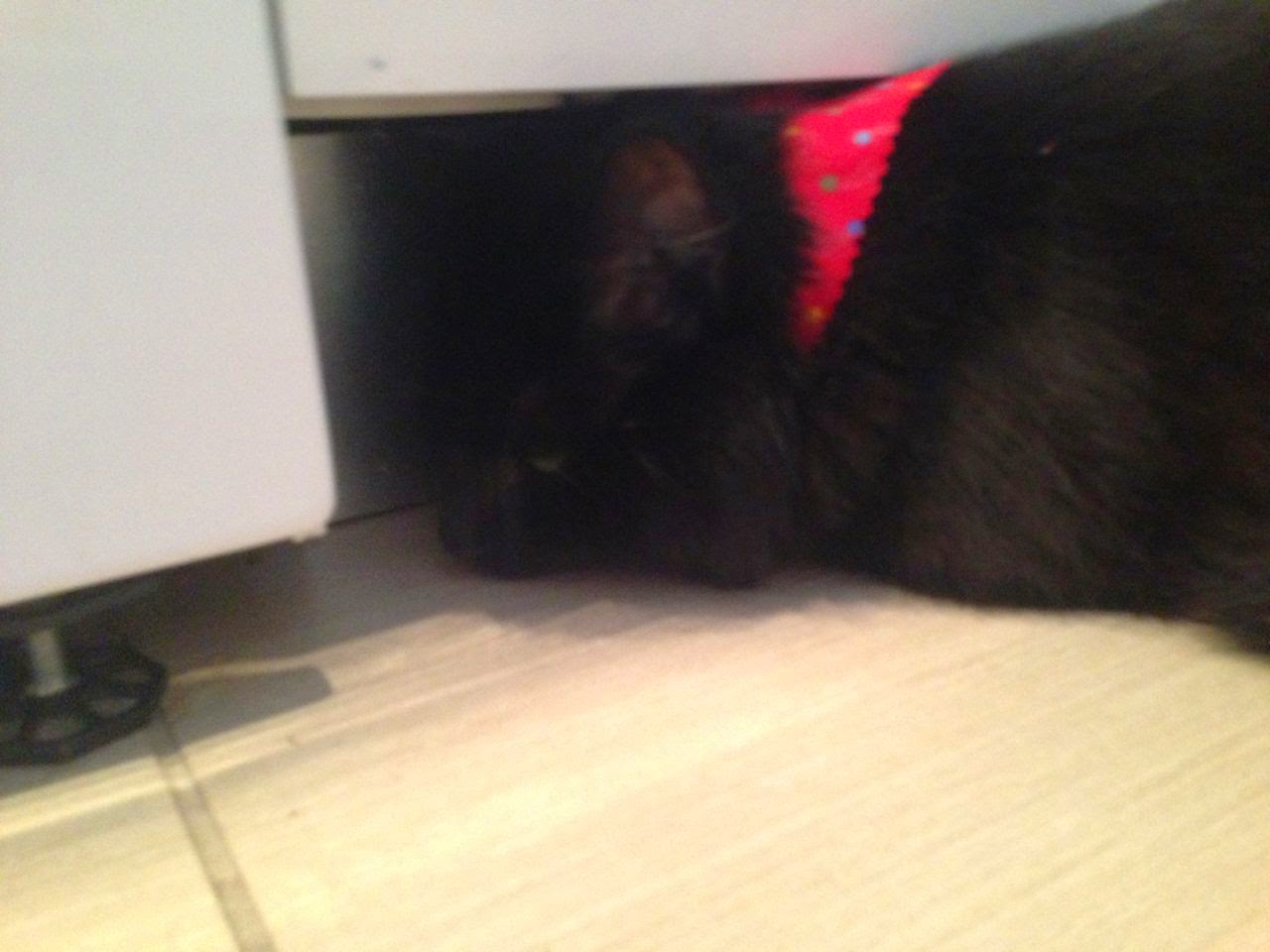 In the days following he is back to his normal obnoxious self, only now, softer and fluffier.  Perfect for cuddling, which you know he loves!
Posted by Detective Oliver Benson at 7:55 AM No comments: 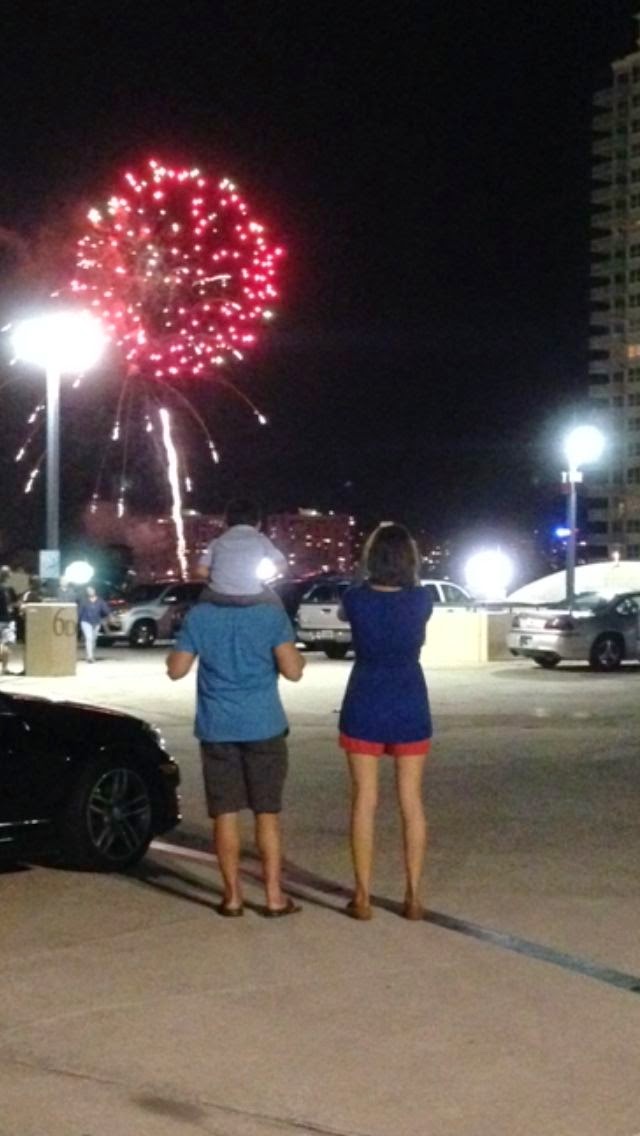 After a LONG day at work we decided to just stay at the mall and watch the fireworks from the roof of the parking garage.  We were sitting in the back of my truck when this family stood directly in our line of vision.  I thought it was nice.

After fireworks Nori drove us to a bar for a drink and curly fries. 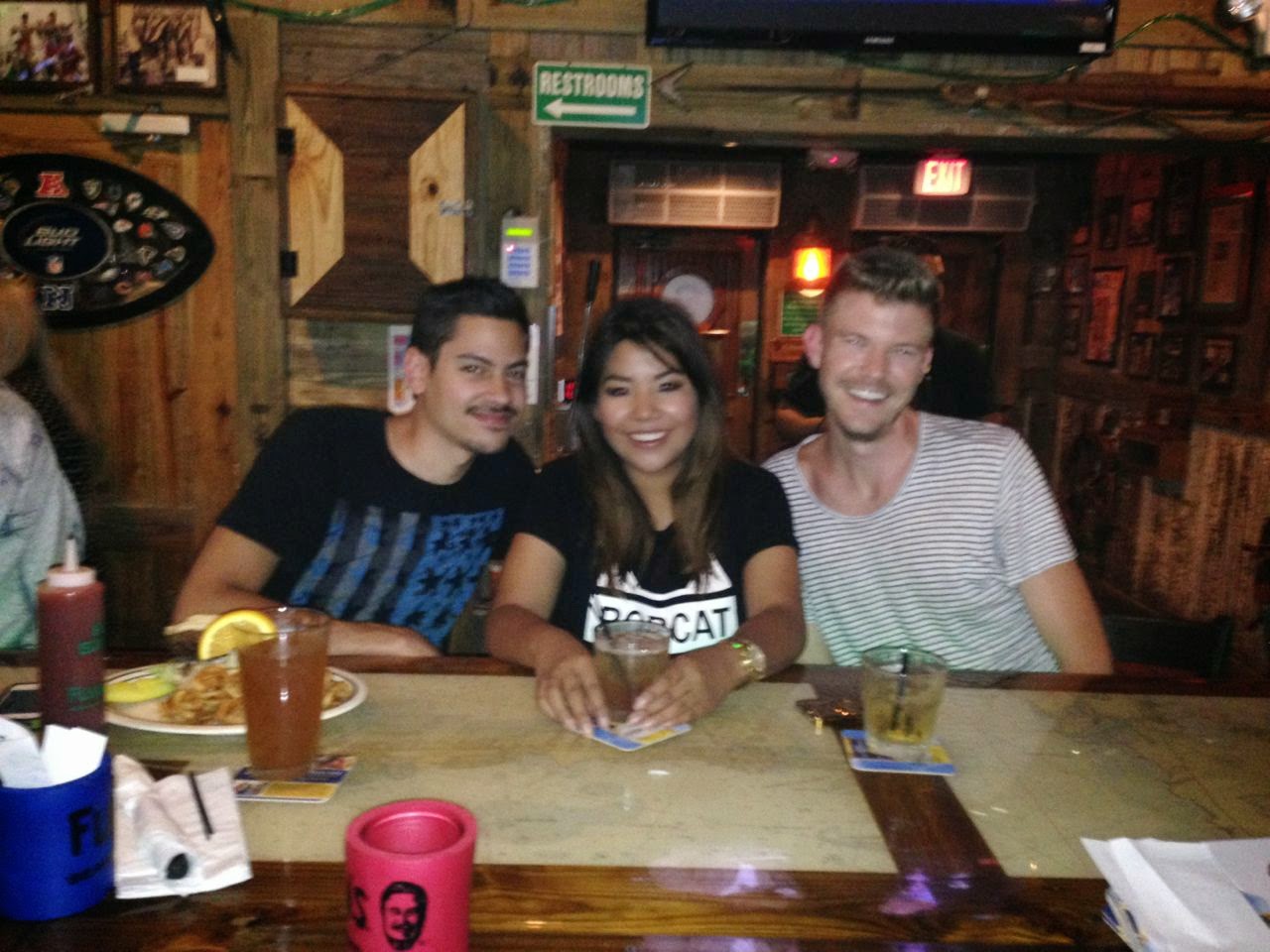 She was supposed to be practicing driving stick shift in preparation for getting her new car today.  As of me writing this at 7:45 she still hasn't replied to my texts, which leads me to believe she's still asleep.  It's possible.

I actually plan on going to sleep shortly.   I am so tired from this week and I am off tomorrow.  I am excited for a good nights sleep tonight.

I'm also excited to see the blog post that Mike is going to do about our 4th of July.  I'm anticipating that he's working on it today and will post it tonight or tomorrow.  Link to follow.
Posted by Detective Oliver Benson at 4:48 PM No comments:

The outfit, the hair, the whistle.  Ugh.

Happy birthday America.
Posted by Detective Oliver Benson at 4:56 AM No comments:

Haha, I like that guy, he's got the right idea.

I can't believe I missed my rabbit rabbit rabbit post yesterday.  Especially since I got Meghan and June early in the morning.  I got home from work and went for a run, my intention being to do this post when I got back, but clearly I forgot.  Between tropical storm Arthur and my complete exhaustion I gave up on participating in real life by about 9:00 last night. 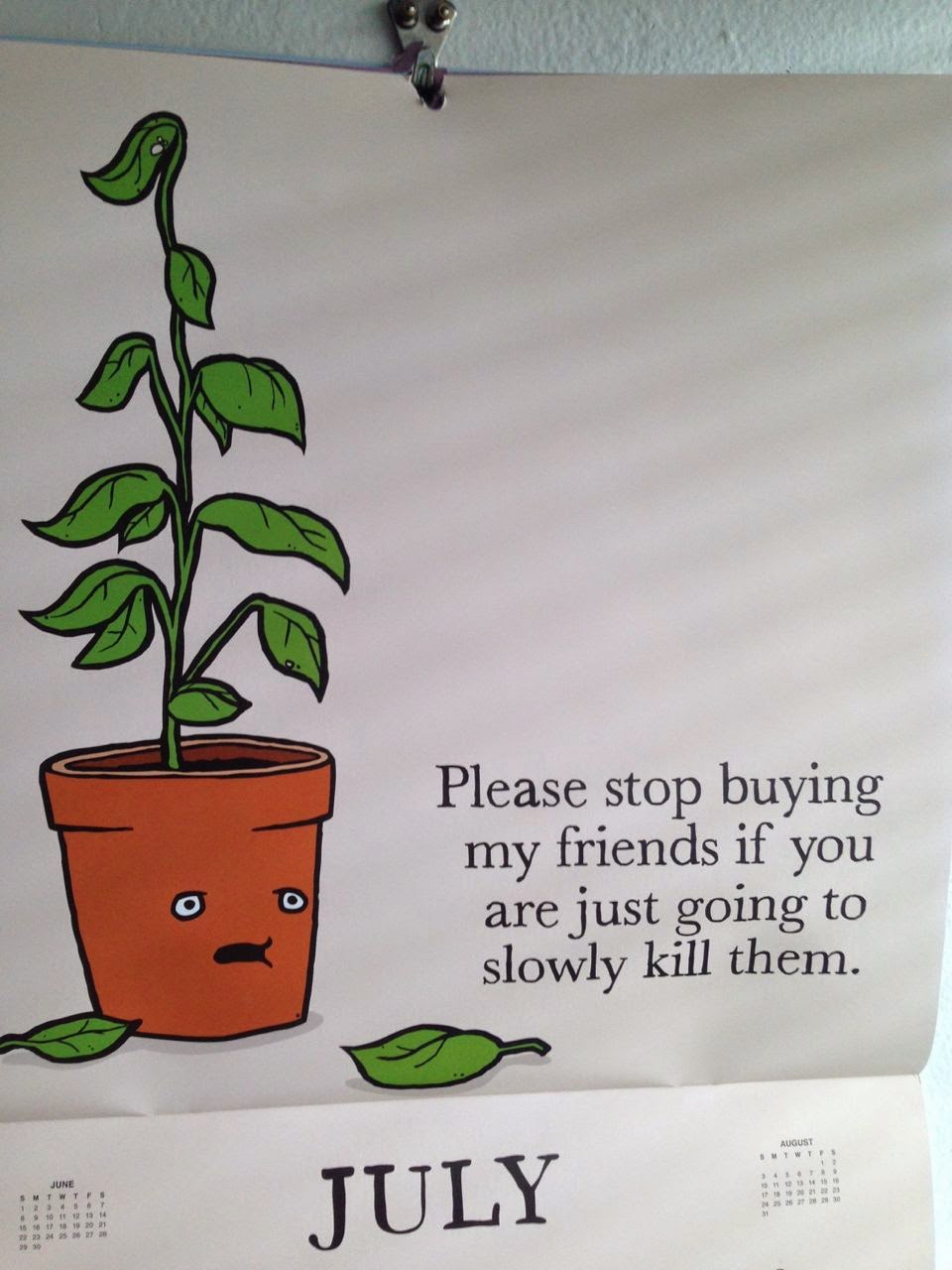 I don't kill every plant, but I can definitely remember a few that resembled that guy.  Poor planty.  My goal for July is going to be this: 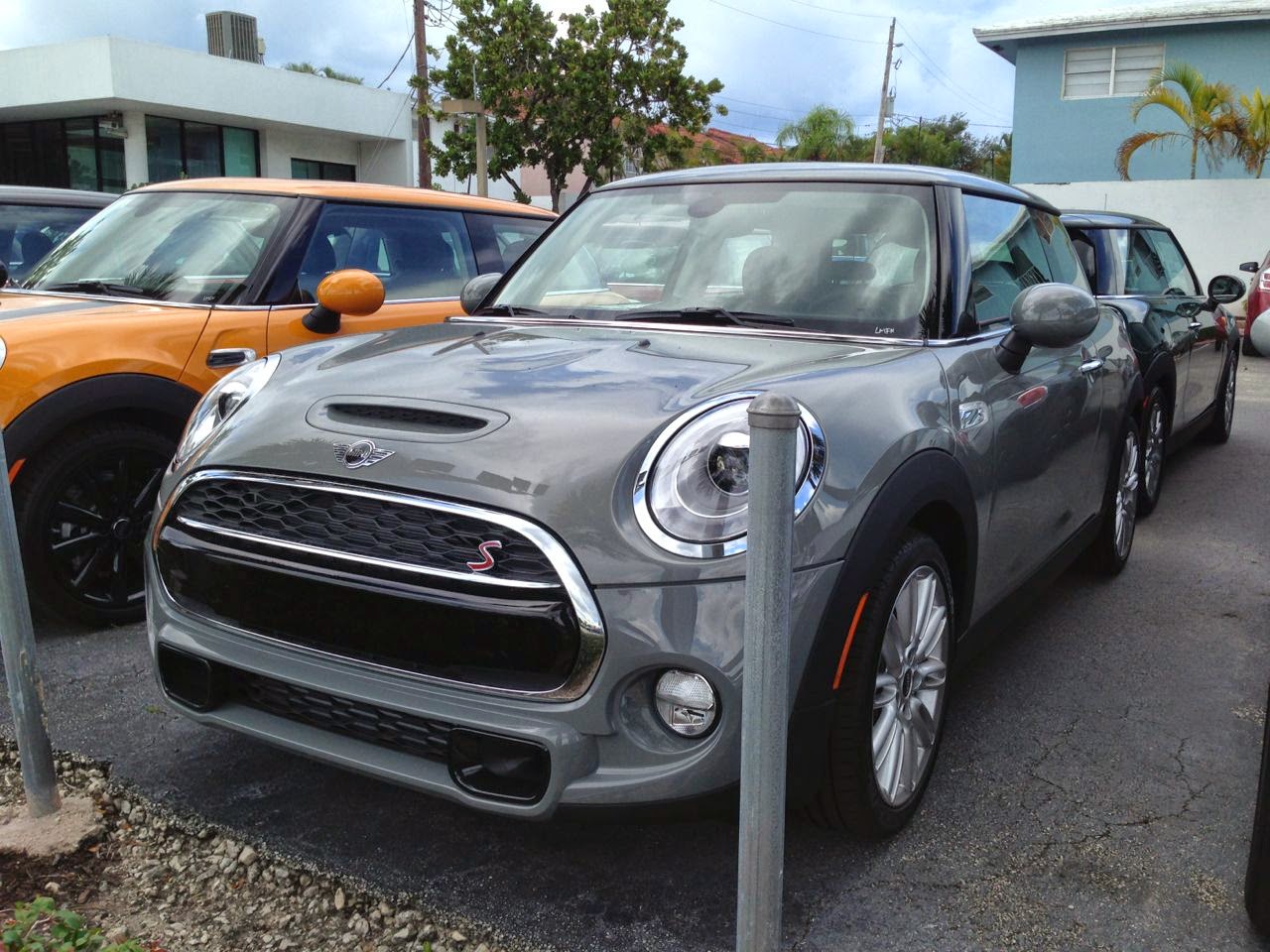 I just need the planets to align for a single day for me to justify signing the paperwork on this bad boy.  Hopefully July will have a day that I'm off, my bank account is filled to the brim, and I have a have a sense of job security.  So far I've only had two of those three things happen at a time, but I've got a good feeling about July. 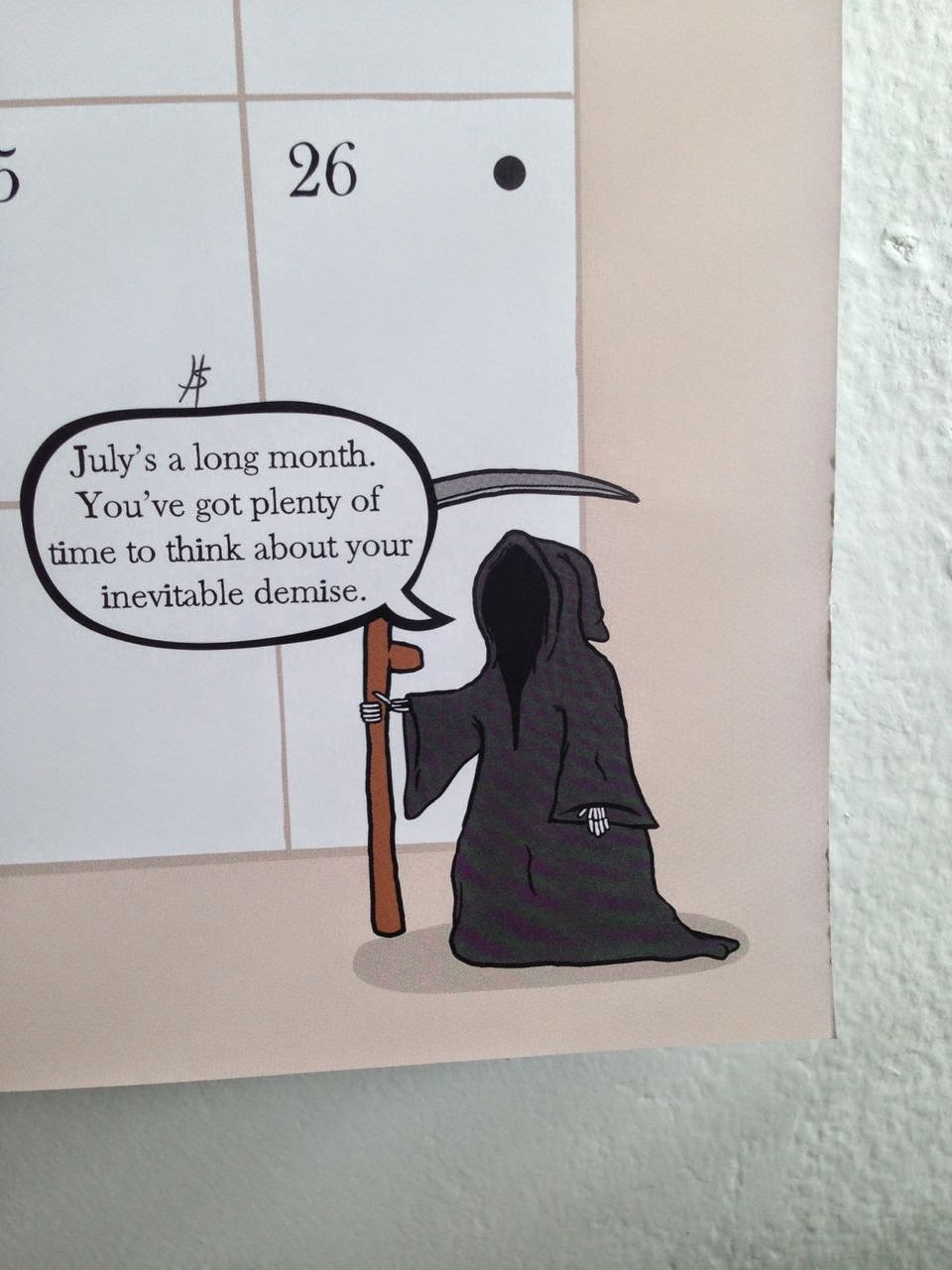 Posted by Detective Oliver Benson at 6:33 AM No comments: