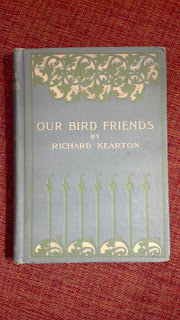 I noticed these decorative books at work for the first time last night.  I don't know if we just got them or have had them but it's definitely the first time I ever inspected them closely enough to realize that 1) they have awesome titles & 2) they are actually really old books.

Our Bird Friends was my immediate first choice to poke through.  Upon opening it up I found this written inside the cover: 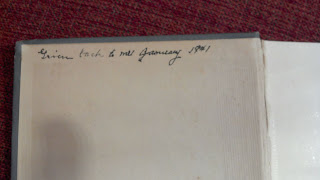 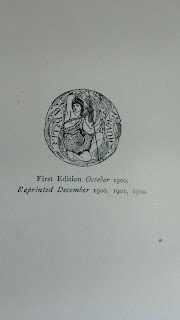 So cool.  It even had the tissue paper before the title page.  It makes me want to go look for old books.

I also appreciated the dedication for Our Bird Friends which I can only assume is about Meghan. 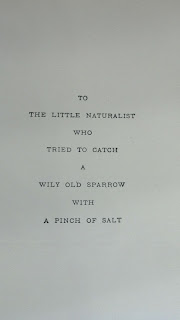 Even if it wasn't it will be how I describe her to friends from now on.

The other book I found was not as old but still made me laugh: 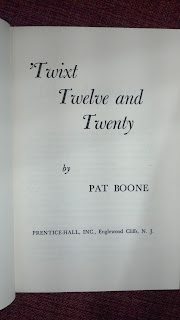 It made me think of this episode of Frasier because he tells the teens at some point that it wasn't all that long ago that he occupied those troubled years "'twixt twelve and twenty".  I tried to find a clip or even a copy of the script for this episode so I could confirm my suspicions but there aren't even any memorable quotes online that I could find.  The point is that I know this is the same episode where the girl tells Frasier it would be a great boon to them if he would be on their show and he gets all excited that she used the word boon.  I always thought it was just because it's a great word but when I saw this book I realized that she was probably saying boon as a reference to his 'twixt twelve and twenty comment and his excitement was about her knowing what he was talking about.

If my memory is correct then it's just another reason why that show was so brilliant.  Also, I feel extremely satisfied for having unravelled that joke.


Posted by Detective Oliver Benson at 6:05 AM