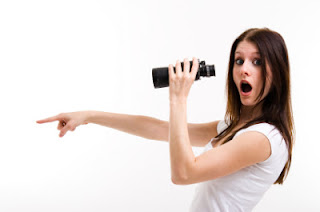 I decided to google the number one thing I heard today at work, and find an image I liked to post for today.  I was not disappointed.

While not first on the list, it didn't take much scrolling for me to come across this gem when I searched for, "discount?".

Incidentally, that's the exact expression/gesture I made to my coworkers which meant, "I am going to need a drink after this".

It was seriously crazy, in an often terrifying way.  Mostly just crazy bargain hunters though, with no regard for the merchandise they were looking at.

There were a few familiar faces though, like the two women who come (no joke) at least 5 days a week and try on the exact same things, always in a size too small, and then leave empty handed.  I was telling Jon about them and he came up with, "well maybe they're getting gastric by-pass surgery and trying on your clothes is their way of gauging their progress".

So now I feel bad and they are kind of endearing to me, as long as I go along with Jon's theory, which he followed up with, "or maybe they have that thing from 50 first dates."

After a day like today, I'd say anything is possible.

The good news is that I made it out unscathed and even took care of some important life chores this evening.  And tomorrow I work a mid-shift so it should be easy breezy beautiful.

Keep your fingers crossed for me.