the hardest job application I've ever filled out 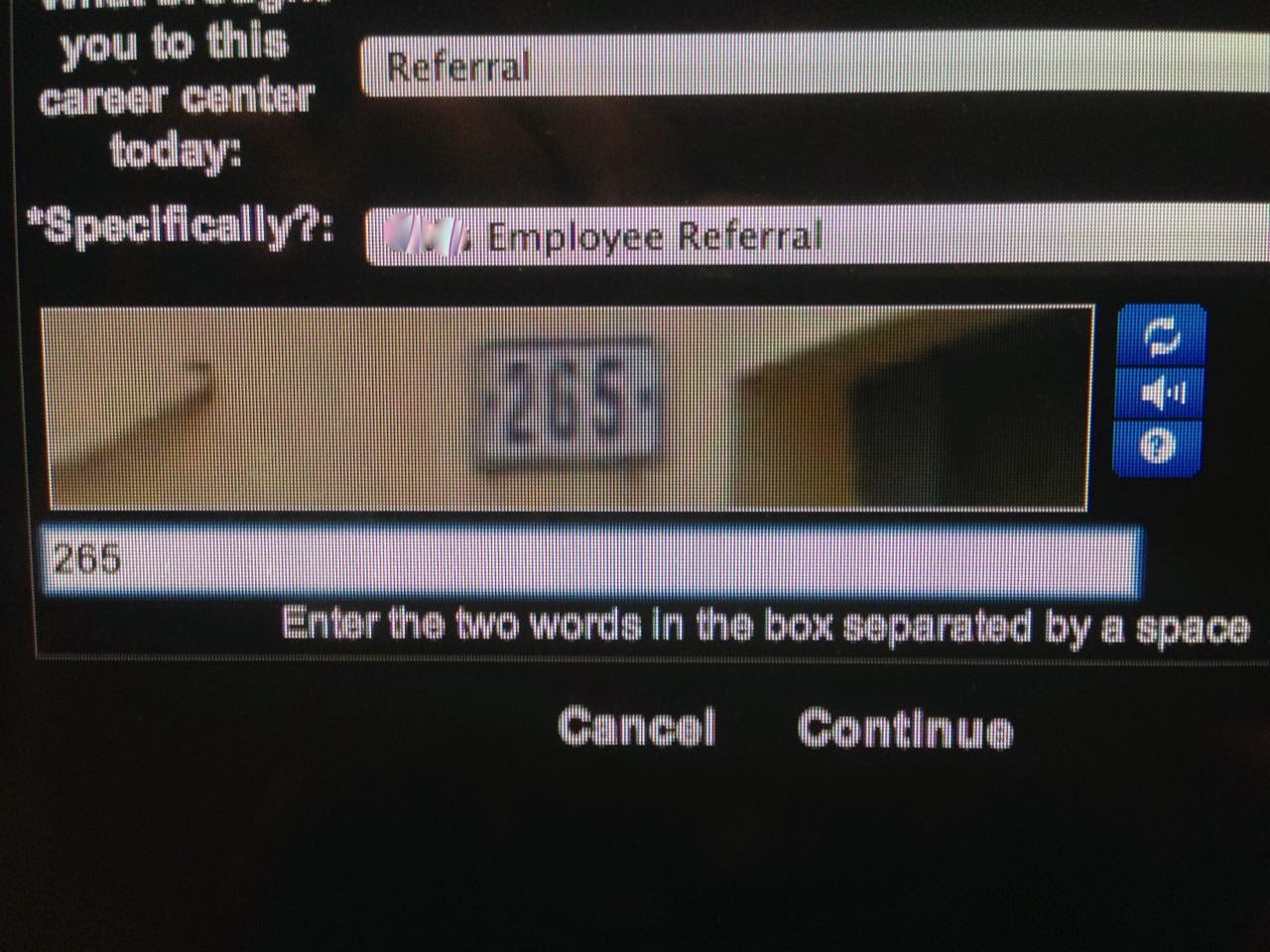 First of all, it took  me literally days to get this far.  My employee referral meant that I got an email from the person responsible for hiring with a link to the online application I needed to fill out.  When I followed the link it took me to a screen asking me to enter my username and password for the online application but there was no link to take me somewhere to create a username and password.  Trust me, nowhere.

I tried going to the main homepage for my hopefully new future workplace but it's such a big organization that the main webpage was too broad.  I finally ended up having to google how to apply to this place before I finally found the place to create a username.  This is where I encountered my next roadblock, the impossible Captcha.

Am I crazy?  Does this make sense to anybody else?!  It didn't matter how many times I refreshed the image, it was always a picture of three numbers, and when I would enter them I would get this pop up: 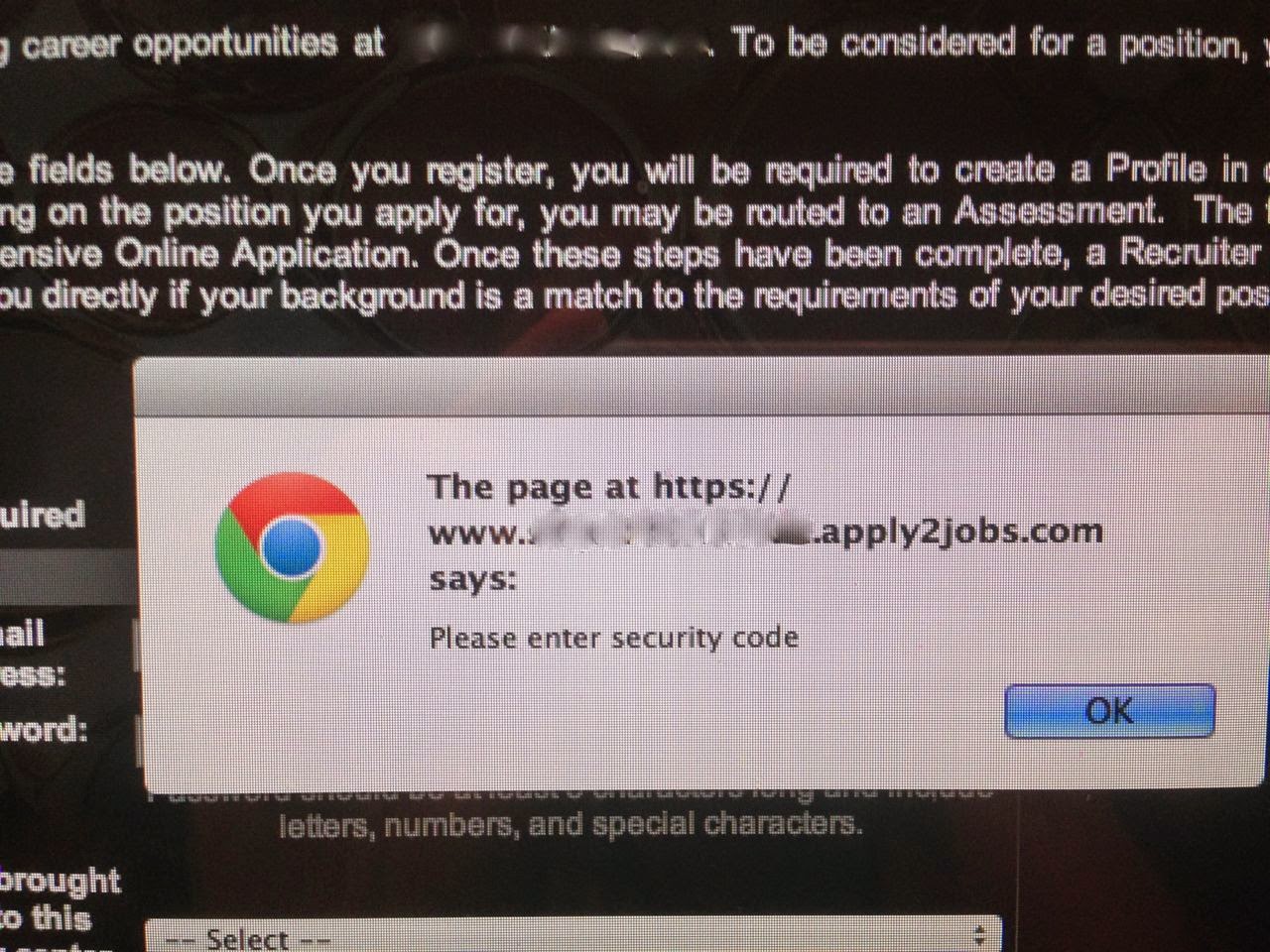 If anything I should have been entering the security code!!  It's the two words I could never figure out.  I finally ended up clicking on the audio Captcha for the seeing impaired.  It proceeded to play a recording of different people saying a series of 5 numbers.  Mysteriously, it accepted the five numbers as proof that I was human and finally allowed me to create an account, JUST SO I COULD FILL OUT THE APPLICATION.

Little did I know I may have won the battle but the war ahead was a long and brutal one.  Imagine twelve pages (that's TWELVE) of questions like this: 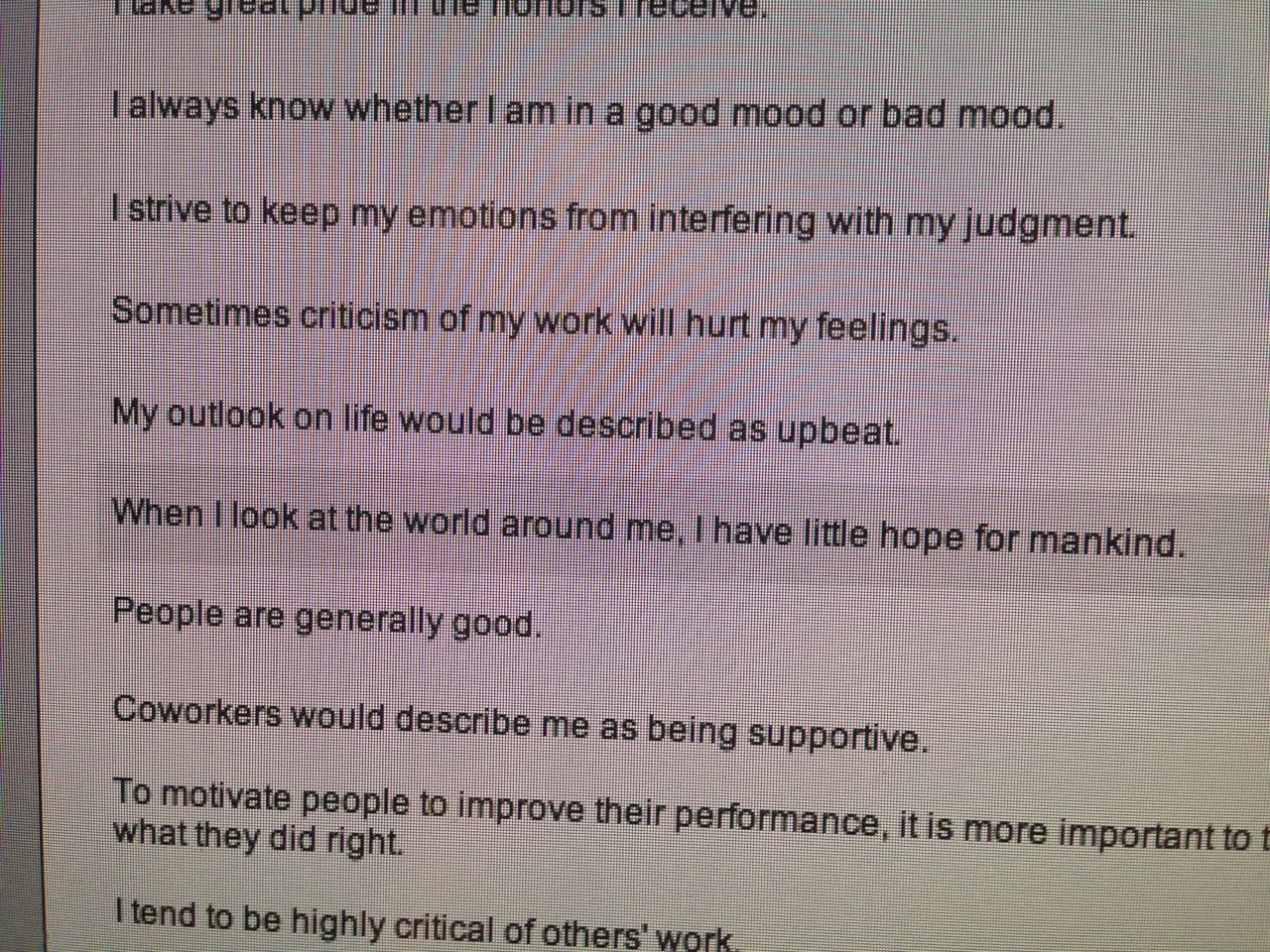 I mean, that's deep.  It also said at the intro to the questionnaire section that the computer was designed to be able to tell if I was just trying to answer the questions in a way that would just make me look good but not be "honest" and also that it would time how long it took me to answer each individual question.  At first I didn't think it would be that big a deal, a lot of the questions you can see are pretty benign.  But then we got to the real existential ones and I felt my brow begin to bead with sweat.

There were also a lot of questions about what other people thought of me that were impossible to answer.  "Do your coworkers consider you adventurous?".  I have no idea!  I have never asked, and I really don't care if people think I'm adventurous or not so I haven't really given it any thought until this moment right now.  Strongly Disagree, Disagree, Neither Disagree nor Agree, Agree, Strongly Agree.  There was a lot of N on that survey of mine.