Now that Ariel is a freelance writer I wanted to take advantage of her talents for my own blog.  When she mentioned a trip out of town for the 4th I told her I would love to see her documentation of it.

I honestly couldn't be more happy I did either.  I actually watched the video before I read the post and I laughed so hard I cried.  I remembered after it was over that they had mentioned it at dinner but somehow it was nothing like I could have ever imagined.  I mean, wow, just wow.

I'm excited to present this to you:

The Amazing Adventures of a Traveling Smusher
Wack-in-the-Box: an Independence Daze

This holiday, in the spirit of celebrating my country (and my day off), my girlfriend and I, who affectionately think of each other as smushed up bulldogs, decided to do something wholesome for the Fourth of July. Because the only American tradition that I have ever known involves a lot of drinking, we called her cousin and his boyfriend, who are equally as cute and boring as us, and who we can rely on for a good-old adult time. So we rented a zipcar to spend the day touring the metropolitan area. 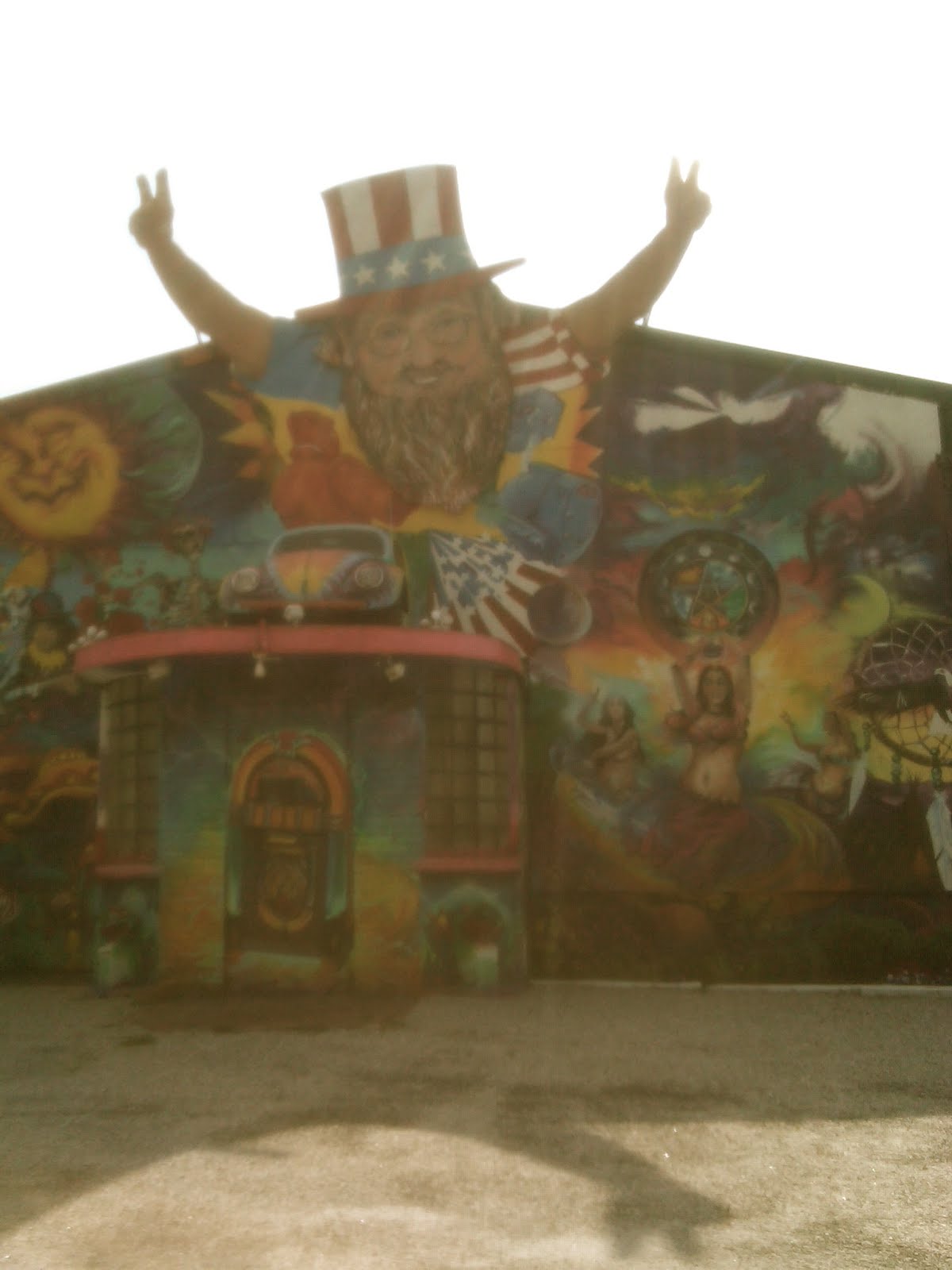 The most impressive (and confusing) stop on our odyssey was the strange roadside attraction known as “Wild Bill’s Nostalgia Center” in Middletown, Connecticut. For the life of me, the only word I can really think of to describe it is “creepy.” I spent a good deal of time simply trying to wrap my head around what exactly it even was. Here’s what I concluded: it appears to be a “collection of memorabilia,” (and I use the phrase loosely; “hoard of junk” also comes to mind) anything and everything you never wanted from the last fifty years or so, all on sale for a pretty penny. The building is completely covered in vivid murals- some generic psychedelic 60’s tie-dye, some amusement park haunted house characters, and a lot of half naked babes. Upon entering, it’s hard to know what to look at first: the wall of joke magnets, the racks of old fatigues, the sports star bobble-heads, the plethora of porn, or possibly this baffling “still-life” arranged on a stage in the back: 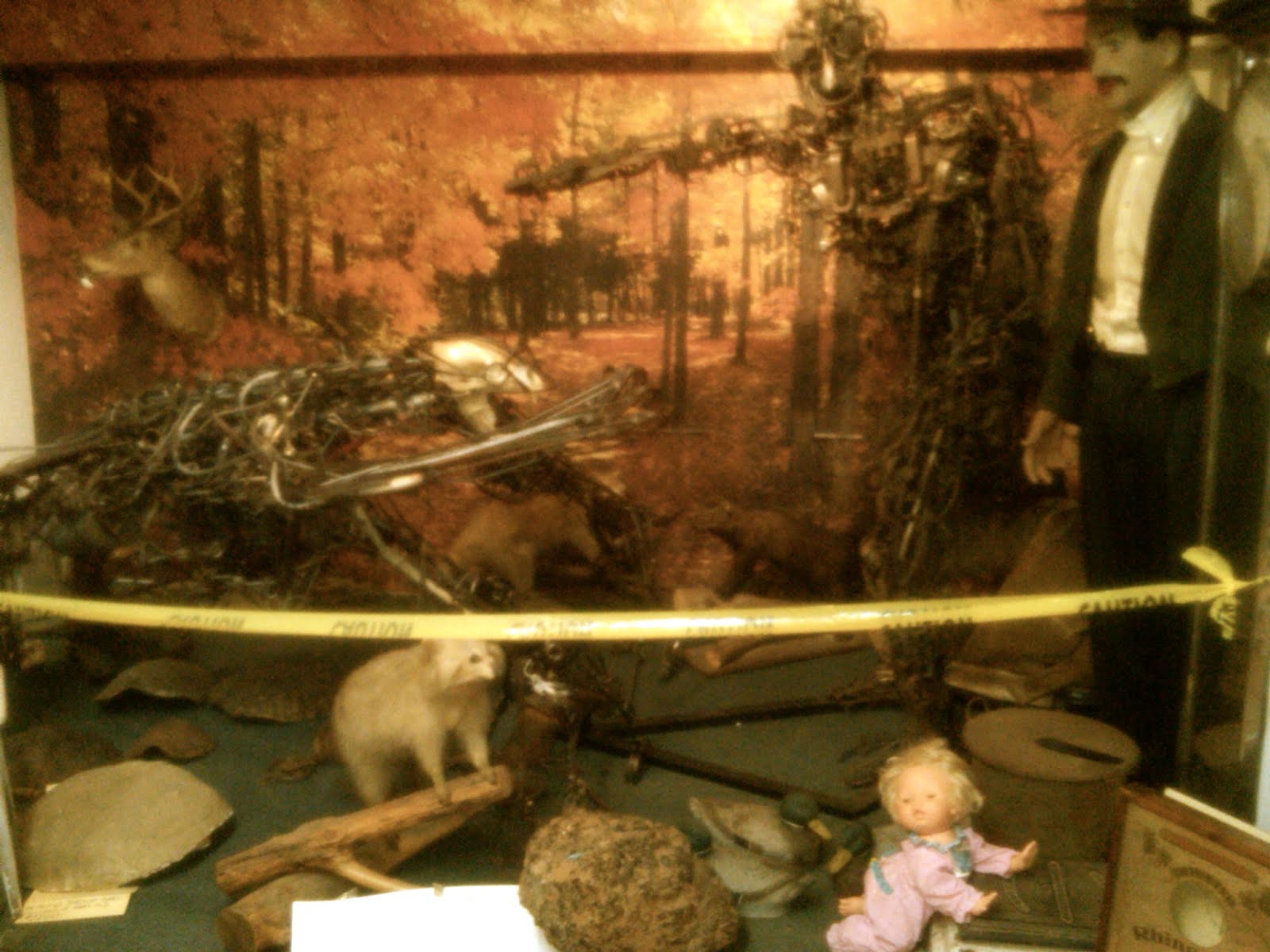 The lot outside has also amassed a similar array of treasures, including their claim to fame, a 33-foot tall jack-in-the-box, the world’s largest, with a clown head weighing a massive 600 pounds. It’s less like the surprise, pop-goes-the-weasel, from your childhood, and more of a terrifyingly slow, optical illusion out of a bad acid trip:


Although my tone may seem rather cynical, I actually recommend stopping in if you are passing through, if for nothing more than the sheer bewilderment that will overcome you.

I give it 3 out of 5 Travel Smushers
Posted by Detective Oliver Benson at 10:21 AM